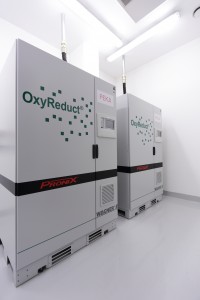 They are the fastest of their time, possessing exceptional computing power, capable of identifying the most complex interrelationships and primarily used for simulation purposes in research: they are the supercomputers. And one such technological marvel has recently been established at the Technical University of Ostrava in the Czech Republic: the IT41nnovations National Supercomputing Center. It is one of the world’s fastest computers, currently ranking in at place 40 worldwide. The technologies needed for it are developed in multiple phases. The first IT cluster (known as Anselm) went into operation in 2013. Salomon, the second, much larger part, was completed this year and went online in July. And Wagner Group GmbH – thanks to quality and innovation oriented general contractor PRO NIX Ltd.- delivered the right fire protection solution to keep it safe. 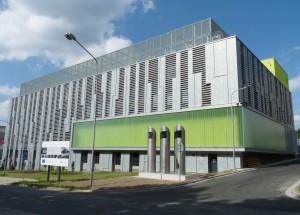 Roughly 200 scientists from five university research institutes attached to IT41nnovations as well as other scientists from the Czech Republic will be using the new supercomputer for research and work in the fields of nanotechnology, development of new medications, automotive and aviation industries, transportation and mechanical engineering. The great density of energy in the electrical systems of supercomputers puts them at a greater risk of fire- more so than conventional computer centres. Even a failure that only lasts a few
seconds can ruin research results, which can have immense economic consequences. That’s why the engineers at Wagner Group GmbH developed the OxyReduct!’ active fire prevention system, which prevents a fire from spreading or even from breaking out in the first place.

The OxyReduct’l Compact system accomplishes this by feeding nitrogen produced from the ambient air through a membrane into the 2,264 m3 protected area. This reduces the oxygen content to a volume of 15%, thus creating a fire-retardant atmosphere. Redundant fire production was called for in order to ensure constant data availability even in emergencies, leading to the installation of an additional OxyReduct’ Compact system, thus guaranteeing seamless fire protection.