Businesses in the food industry are still leaving themselves exposed to risk when it comes to social media.

That’s according to the 2015/16 Social Media at Work Survey conducted by specialist food lawyers Roythornes and marketing and PR agency, Pelican Communications.

Now in its fifth year, the survey – which polls a wide range of businesses in the food sector – asks about policies and practices in relation to social media use in the workplace.

This year’s results show that despite around 80% of businesses having some form of online presence, a staggering 26% have no policy in place on how social media should be used, leaving them wide open to reputation management issues.

In addition, the survey reveals that the number of firms allowing staff to use their own devices to carry out work-related social media activity has increased significantly from 30% in 2012 to 53% this year.

This increase, however, is not reflected in the number of companies introducing controls over what employees can do on social media channels while in the workplace.

Just 38% of businesses say they have policies governing use of personal devices in place. 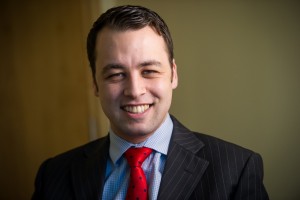 Maz Dannourah, associate at Roythornes who specialises in social media and employment law, said organisations are leaving themselves open to reputational damage.

Maz said: “It’s great to see the large increase in the of businesses monitoring their online presence over the last four years; 90% of respondents now keep an eye on what is being said about them online compared to just 66% in 2012.

“However there is always room for improvement and I can’t stress strongly enough the importance of having quality policies and procedures.

“The cost of repairing reputational damage following an incident can often far outweigh that of ensuring preventative measures and appropriate protections are in place.”

As well as studying policies and procedures, the survey also looks at the food industry’s preferred social media channels.

Around 80% of companies now have a presence on Twitter while Facebook and LinkedIn are also extremely popular.

However, surprisingly few respondents said they used Instagram, despite its huge popularity with consumers. 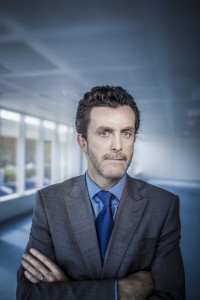 Michael Bennett, Managing Director of Pelican Communications, said: “Food is an integral part of people’s daily social media activity and companies are using it more and more proactively to promote their brands.

“However, while we see wonderfully creative campaigns being created, the survey shows that many companies remain unprotected when it comes to policies and procedures.

“As social media becomes increasingly commercial and companies begin to use it as the central core of their promotional strategy, ensuring policies and procedures are in place is vital.

“It helps to not only ensure a strong and consistent brand image and voice, it also provides a vital safeguard in the case of misuse.”