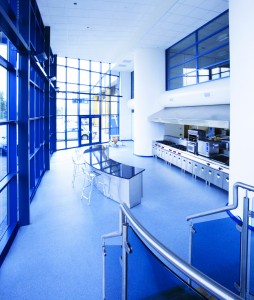 KK Fine Foods plc – which produces an extensive range of frozen ready meals for the food service and retail industry – is undergoing another major expansion project supported by the Welsh Government that will create 100 new jobs at its base on Deeside Enterprise Zone.

The £833,000 investment is supported by a £100,000 loan from the Welsh Government to enable the company to open a third production hall to service new contracts from some of its key customers including Weatherspoons, Ikea, Aldi and Morrisons.

Work has already started and will be completed by March 2016 with the majority of jobs will be created between now and March 2016.

This latest expansion has been welcomed by Economy Minister Edwina Hart who recently visited the company and said: “It is very encouraging to see KK Fine Foods continuing to invest and grow, creating jobs and winning new contracts.

“The Welsh Government has worked closely with the company supporting its on-going growth since the business moved to Deeside in 2003 when it employed just 23 people. It now has a staff of more than 250 which will rise to 350 within 6 months which is good news.” 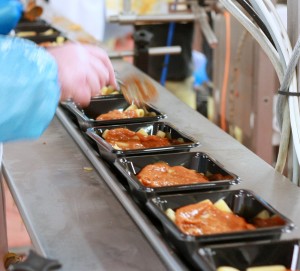 The investment will fund building adaptions necessary to accommodate new freezing facilities and cooking lines as well as new equipment and IT control systems to increase productivity and efficiency.

Last year KK Fine Foods announced a £4.2m expansion backed by the Welsh Government and Finance Wales. The investment in additional manufacturing space and new equipment created 90 new jobs and increased its production capacity to more than £40m worth of frozen food a year.

CEO Leyla Edwards, who founded the business in 1987 in her own kitchen, said: “KK Fine Food’s profile has increased considerably after winning a string of awards at this year’s British Frozen Food Federation (BFFF) Gala Dinner.

“These awards, combined with our on going investment in the business and high quality innovative range of recipes and dishes, is a winning combination and has resulted in significant new orders from our customers.

“Samir Edwards MD is driving sales forward with a young and dedicated team of new product development chefs who are aware of the ever changing trends in food consumption based on global innovation.”

Chairman Dr Graham Jackson said: “This latest expansion is part of our strategic long term growth plans which we have been able to bring forward thanks to support from the Welsh Government and in particular the Food and Drink officers based in Llandudno and Treforest who have worked very closely with us. It will enable us to meet the growing demand from some of our key customers and we anticipate it will increase our turnover to £40m within three years.”