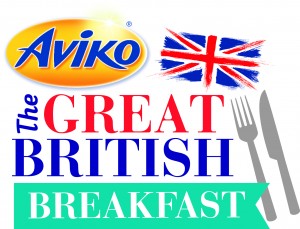 Gustavo Galvoa, UK Food Support Manager at Belushi’s, triumphed in the Best Breakfast Bap category for the ‘Badass Breakfast Bap’, while Amy Devenish, owner of The Gloucester Old Spot in Bristol, scooped the top prize with ‘The Big One’ in the Best Hot Breakfast group. To enter, chefs, caterers and operators were encouraged to share – in no more than 50 words – what it is that makes their breakfast great, with the champion of each category winning a weekend for two people in London with breakfast at The Wolseley. 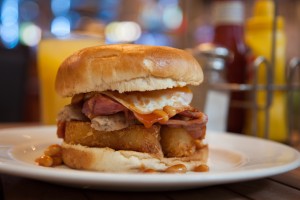 The winning ‘Baddass Breakfast Bap’ is currently on menus at Belushi’s – a chain of bars across Europe – and includes two rashers of smoked back bacon, a fried egg, hash browns, pork sausages and homemade BBQ Jagermeister baked beans in a toasted brioche bun.

Speaking of his entry, Gustavo says: “We revamped the breakfast menu at Belushi’s around five months ago which is when we launched the ‘Baddass Breakfast Bap’ and it has fast become the diners’ favourite after the traditional full English and the American breakfast.

“We run hostels as well as bars, so we have a steady stream of customers every single morning. It’s important to us that we offer something unique to kick start their day which is why we introduced a full cooked breakfast inside a bap, using Jagermeister in the baked beans for an extra boost! It’s exactly what our customers are looking for and we’re thrilled to have cemented its popularity further by winning Aviko’s Great British Breakfast Competition.” 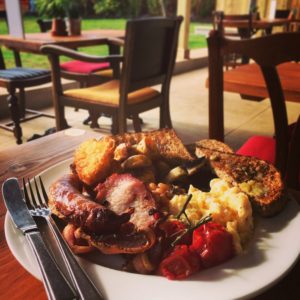 Amy comments: “We’re delighted to have won – particularly as we’re a relatively new business. This dish has been on our breakfast menu since The Gloucester Old Spot opened 13 months ago and it’s really popular among the hungry diners.

“’The Big One’ is a massive plate of food and the quality – which is really important to us – is superb, yet it’s also great value for money. We’re proud that it’s getting the recognition it deserves – to have this win under our belts, despite only being open a little over a year, is great news!”

The competition forms part of Aviko’s Great British Breakfast campaign which highlights the opportunity the booming breakfast and brunch market brings to operators.

Mohammed Essa, General Manager UK and Ireland, Aviko, explains: “Almost a third of people choose to eat breakfast out-of-home at least once a week* so there’s an exciting opportunity for operators to meet this demand and really profit.

“We wanted to showcase and reward those operators that are going above and beyond with their breakfast offering and were really impressed with the level of entries. Congratulations to both Gustavo at Belushi’s and Amy at The Gloucester Old Spot for their winning entries – they thoroughly deserve them and we hope they enjoy their prize!”

Aviko has a range of breakfast boosting items including Hash Brown Bites perfect for on-the-go, the innovative Bubble & Squeak Rounds – made from 100% real cream, savoy cabbage, fried onions, parsley, chervil and black pepper for maximum flavor – and the ultimate breakfast side, Aviko Hash Browns which are larger than average for better plate fill. It’s website – www.aviko.co.uk – includes insight on the breakfast market, an infographic, video and POS materials which have been developed to support operators with what is widely considered to be the most important meal of the day.