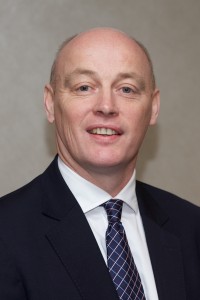 British Frozen Food Federation president Peter Allan has announced the organisation’s chief executive Brian Young will step down in the spring of 2017.

Addressing the Federation’s annual lunch at the Hilton Hotel, Park Lane, London this week (24 Nov), Mr Allan said: We continue to act and develop as an organisation to ensure we are fit for purpose for the future. With this in mind, in just over 15 months our esteemed chief executive, Brian, will be retiring, and we have already started planning for a smooth and effective succession.”

He also confirmed that BFFF will formally begin the recruitment process in January. Mr Young, 63 has been chief executive of the trade body for over nine years. In that time BFFF has increased its membership, modernised its structure and launched a range of new services including an annual business conference.

In his speech to over 1,000 guests Mr Allan also highlighted the federation’s achievements in the last 12 months, including its success in persuading the European Commission to amend its proposed ‘frozen on date’ regulations, the recruitment of a record number of new members and the appointment of Paul Murray as the new head of commercial.

Commenting on the speech Mr Young said: “There is still much for me to do and this announcement will help ensure a smooth succession to enable us to build on the momentum and influence BFFF and its members have achieved in recent years.”