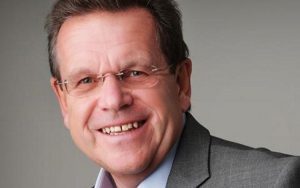 A frozen industry expert, for over 20 years Harrow was managing director of Freiberger UK, helping build the business to become the UK’s leading supplier of private label frozen pizza. Since 2017, he has worked as a consultant to private label food businesses.

Harrow takes over after Hyman decided to return to a senior role in the food and drink industry, having spent three years leading the federation introducing new events, member benefits and an updated industry-wide promotional campaign.

Harrow commented: “At a time of major economic challenges and political uncertainty for our members, we need to ensure the BFFF is offering them the very best support and advice and championing their interests as strongly as possible.

“The BFFF is widely respected throughout the food industry and I plan to build and develop that reputation further.”

Nigel Broadhurst, BFFF president commented: “John has made a significant contribution to the BFFF, we wish him every success in his next role.”

Hyman said: “I’m really proud of what the BFFF team has achieved in the last three years and I’m glad to have played a role in the development of one of the most respected trade associations in the food industry. It’s been very enjoyable, but it’s time to return to industry.”