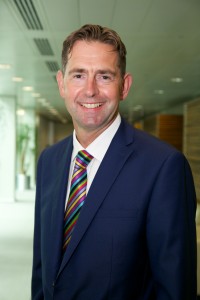 John Hyman has been selected to succeed Brian Young as chief executive of the British Frozen Food Federation.

Commenting on his appointment Mr Hyman said: “I’m delighted to be joining such a dynamic and successful federation. The frozen food industry is a real success story. Every day of the week our members provide delicious, nutritious and affordable food to millions of consumers and diners in households and catering establishments across the UK.

“In the last decade, Brian and the BFFF team have developed the federation to become one of the leading trade associations in the food industry. I’m looking forward to building on that success and representing our members as effectively as possible.”

Mr Hyman will start on August 17 and work alongside Mr Young until he formally retires towards the end of 2016.

The search for a new chief executive was announced last November by BFFF president, Peter Allan, at the federation’s annual lunch.

Mr Young, 63, has been chief executive of the trade body for almost 10 years. In that time BFFF has increased its membership, modernised its structure and launched a range of new services including an annual business conference. 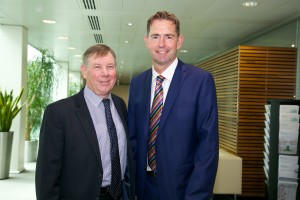 Commenting on his successor, Mr Young said: “There is still much for the BFFF to do. I’m confident that in John the BFFF board has found a new chief executive with the skills and personality to successfully take the federation to the next level. I wish him every success in the role.”

Mr Hyman is married with two children, lives in Market Harborough and has been a Leicester City season ticket holder for more than 10 years.