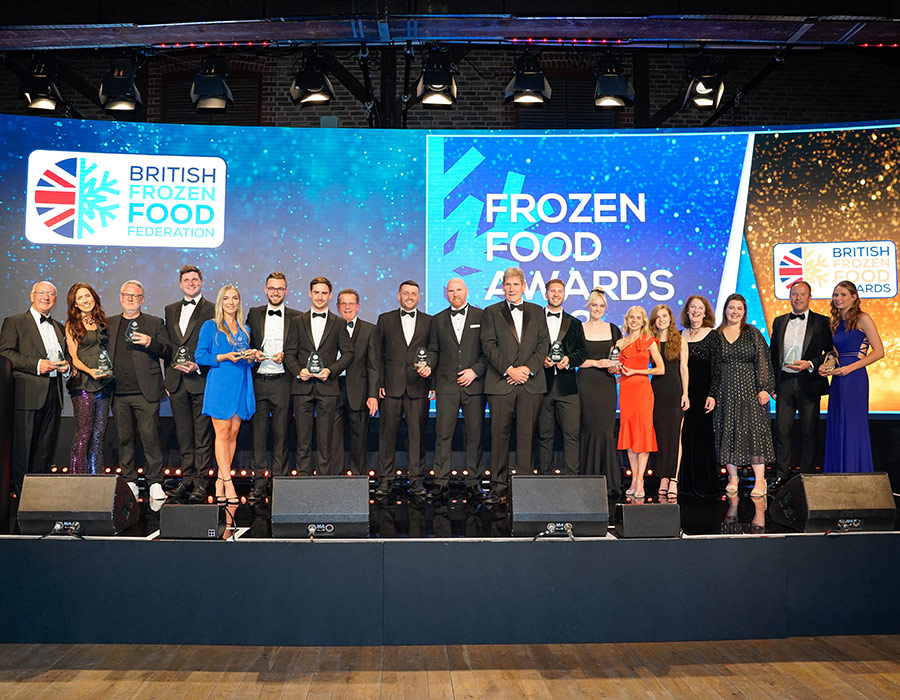 The frozen food industry has celebrated its stand-out individuals and teams in the British Frozen Food Federation’s (BFFF) People Awards.

The awards, which returned after the pandemic, took place last night (16 June) in London as part of the BFFF Gala Dinner, and recognised many of the industry’s unsung heroes: people who had helped ensure food supplies continued throughout Covid-19 pandemic.

Richard Harrow, BFFF chief executive, said: “Following an incredibly challenging period, the People Awards are the perfect opportunity to reward those who have gone above and beyond for their businesses, their communities and the frozen food sector.

“The role frozen plays in tackling issues such as food waste has never been more important, so giving those working tirelessly behind the scenes a morale boost in this way is therefore equally important.”

Award categories were open to BFFF members from both foodservice and retail sectors, as well as associate members where relevant.