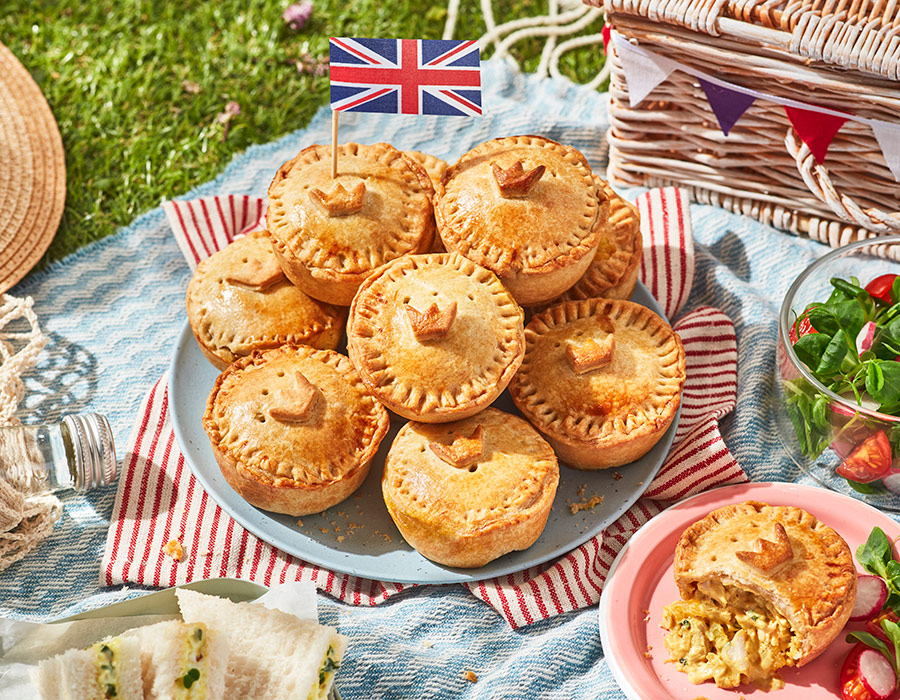 Iceland announces its official partnership with The Big Jubilee Lunch, the main community celebration for The Queen’s Platinum Jubilee weekend.

With the supermarket’s stores deeply rooted in their communities, Iceland will host over 1,000 of its own Big Lunches across its local communities, all of which will be raising money for Action for Children, Iceland’s charity partner.

The Big Lunch is a chance for everyone in the UK to celebrate community connections and get to know one another a little better – and Iceland is helping people to celebrate regardless of their budget.

According to a survey carried out by Iceland with 2,000 Brits, the nation can expect to see 51.7 million people celebrating the Queen’s Platinum Jubilee this summer, that’s more than three quarters of the nation (77 per cent).

And it seems it’s not just the older generation that have caught the Jubilee bug, with a staggering 80 per cent of those aged between 16 and 29 saying that they are looking forward to the celebrations. In fact, 40 per cent of this age group named the Queen’s Platinum Jubilee an important event.

The occasion has come just at the right time too, as three quarters of us (76 per cent) said that following the restrictions over the last few years, they are looking forward to the excuse to reconnect with friends, family and our community. Sharing food and drink (58 per cent) was one of the activities they were most looking forward to about the celebrations alongside sharing hugs (33 per cent) after years of requiring to keep our distance from others.

But why is the Queen’s Jubilee so important to us? It comes down to the way it makes us feel – with over one-third of Brits saying it makes us feel good to be part of a community (34 per cent) and nearly two-thirds (62 per cent) saying social occasions are good for their mental health.

Brits have also revealed what their ultimate street party looks like ahead of celebrating The Queen’s Platinum Jubilee, from who their dream guest would be, to which party food they’d like to see on the tables.

It seems that for such a royal occasion Brits are looking forward to some British classics to enjoy with their neighbours. Taking the crown at top spot, is the humble sandwich at 61 per cent was the most wanted party food. This was followed closely by sausage rolls (50 per cent) and another British classic – scones, cream and jam (43 per cent).

If street party hosts wanted to have all three of these much-loved foods on the table for their neighbours, they could get it all from Iceland for under £10 – including:

But, aside from food, what else would make or break a dream street party scenario? Well, it seems that the calibre of the guest list is also an important factor; 35 per cent would like to sit down and celebrate alongside David Attenborough.

It doesn’t stop there, with the nation having high hopes of who will be joining in with the community, almost three in ten (28 per cent) said they would love Ed Sheeran to attend, whilst nearly a quarter (24 per cent) stated Adele would be their ideal companion for the event.

Richard Walker, Managing Director of Iceland, said: “We’re delighted to have partnered with The Big Jubilee Lunch for the official community celebration for The Queen’s Platinum Year. We’re encouraging our 1,000 stores to support our chosen charity Action for Children, a cause close to our hearts as a business with deep connections to our local communities.

“This is the second consecutive year we have supported The Big Lunch. They do some incredible work connecting people to encourage friendlier, safer neighbourhoods where people start to share more – from conversations and ideas to skills and resources, and, for some, it ignites a passion for doing more good things where they live.”

“The Big Jubilee Lunch is all about sharing – everyone can bring something to the table from food and decorations, music and games to lending out chairs to sit on or even bringing along a neighbour. We’re thrilled that our wonderful partners at Iceland and The Food Warehouse are supporting The Big Jubilee Lunch because we know that their support will help even more people to come together, get to know one another a little better and share some great party food too!

“There are more reasons than ever to get together this year so get yourself a free organiser pack at www.thebigjubileelunch.com, pop an invite through a neighbour’s door and see what happens!”

Iceland will be launching its official Big Jubilee Lunch range from 25th April 2022 that will see the nations party food favourites, with plenty of British classics at unbeatable prices.

For more information on Iceland’s Jubilee Range and its work with The Big Jubilee Lunch, visit: www.iceland.co.uk