BIRDS EYE LAUNCHES NEW ‘GET ON BOARD’ CAMPAIGN FOR FISH RANGE 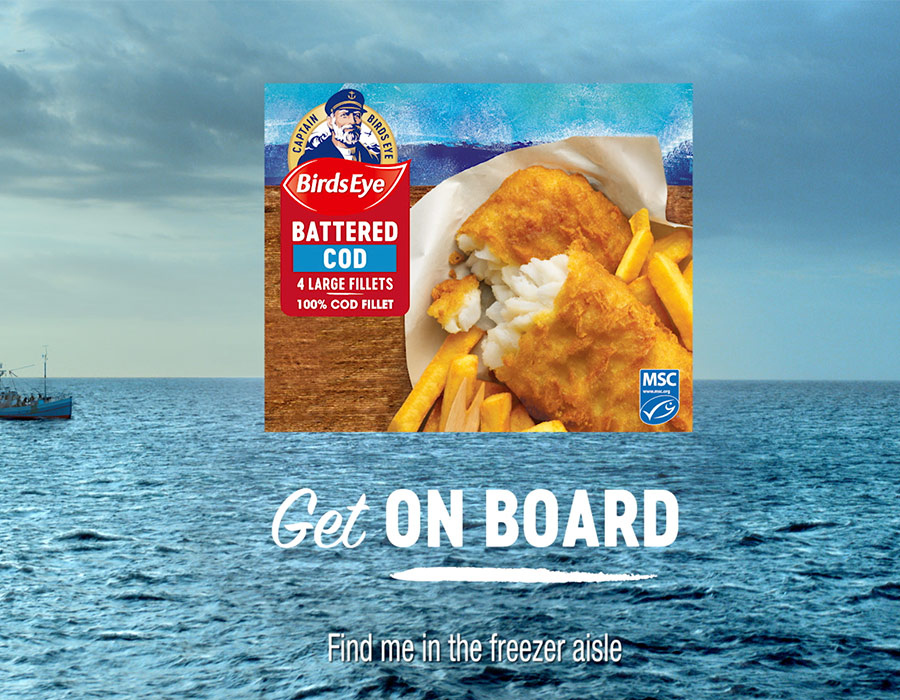 Birds Eye is launching a new marketing campaign that will look to change perceptions towards frozen fish and reinforce the freshness and quality that can be found within its portfolio. Titled ‘Get On Board’, the new £2.3m (YTG) through-the-line campaign will include products from across the Birds Eye fish range, encouraging people to increase their fish consumption backed by the number one brand in the frozen fish category[1].

Dietary guidance from the UK government[2] states that consumers should each aim to eat at least two portions of fish a week, yet the average in the UK is currently just 1.3 weekly. Many shoppers avoid adding fish to their diets because of the preparation time involved or misconceptions that frozen fish lacks freshness. Featuring Captain Birdseye throughout, the new campaign emphasises how freshness is locked in ‘from sea to plate’, with product shots visibly demonstrating the quality and taste delivered by the Birds Eye range.

Mike Sowerby, General Marketing Manager for fish at Birds Eye, said: “This campaign has been in production for some time and will reinforce the benefits of eating responsibly sourced fish as a part of a balanced diet. The “Get On Board” campaign aims to encourage shoppers to up their intake of fish to meet NHS guidelines, with the reassurance that they are choosing fresh and great tasting frozen fish from Birds Eye.

“We are proud to be transparent about where and how we source our fish, which is supported on pack by our Fish Tracker tool that enables shoppers to trace the fish from their pack via a      QR code. More people are seeing the benefits of eating frozen food, which has seen the category on an upward trajectory for a number of years now. With our Captain Birds Eye icon at its heart, this campaign will help to bring more shoppers to frozen fish by demonstrating its key benefits and overcoming popular misconceptions.”

Launching this week, the new campaign will span TV, digital, on pack and in-store POS advertising, initially running into September.