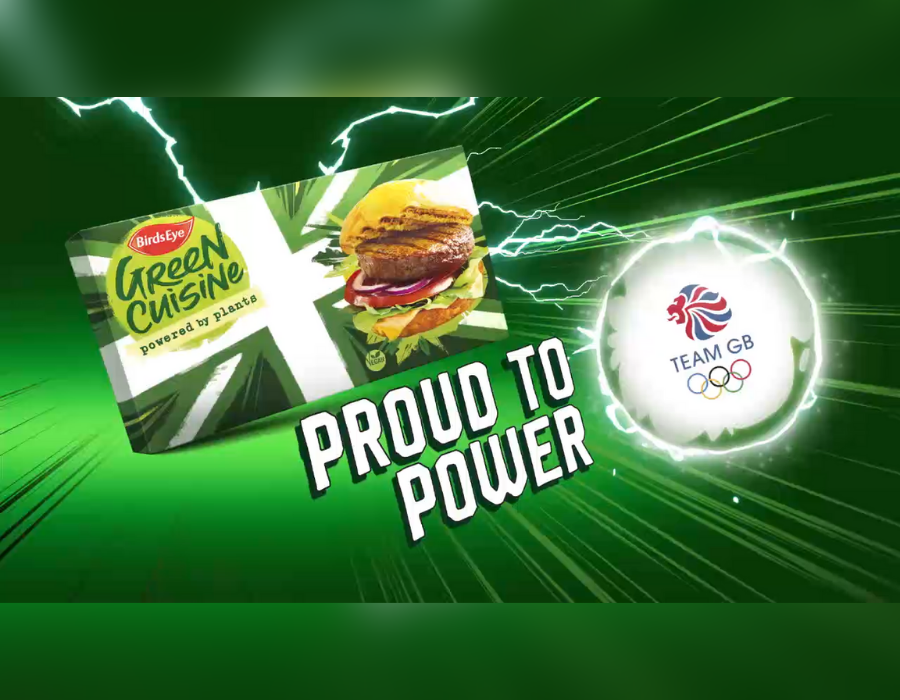 Birds Eye is launching a new heavyweight marketing campaign that will focus on the link between its plant-powered Green Cuisine range and Team GB. Having become the official plant-based supporter of Team GB ahead of the upcoming Tokyo 2020 Olympic Games, Birds Eye’s latest campaign will span TV, out of home, in-store, on-pack promotions and social media activity, featuring prominent Team GB athletes.

The TVC will lead with Laviai Nielsen, who is featured competing in her sport as she pushes herself to extraordinary limits, powered by Birds Eye. With a direct nod to the event’s host, a bold and eye-catching Japanese manga look and feel will be included across all touchpoints, helping to capture the attention of shoppers whether in front of the TV, out of home or instore. The campaign will feature a wide selection of Green Cuisine products with the TVC focusing on the meat-free burgers.

Sarah Koppens, Birds Eye UK & I Marketing Director, said: “We’re delighted to launch this campaign, which is all about demonstrating the deliciousness, breadth and health credentials of the Green Cuisine range. Working with Team GB is such a natural and obvious fit because their athletes need to be at the peak of their physical condition in order to deliver their best performances – and balanced, tasty nutrition has a huge role to play in achieving that. Green Cuisine products offer a great source of plant protein and other nutrients, forming the building blocks for muscles and bones and playing an important role for anyone who wants to lead an active lifestyle. Our Team GB ambassadors share our ambition to inspire more shoppers to consider making meat-free part of their everyday meals, helping to power them through their daily lives and sporting activities.

“As the fastest growing frozen meat-free brand[1], the recipe for our success has been the combination of launching original and exciting products with the support of heavyweight marketing campaigns. Shoppers trust Birds Eye as a family-facing brand on account of our long-established heritage, and the Green Cuisine range builds upon our expertise in the frozen category. The range perfectly meets the needs of shoppers, offering a number of meat-free alternatives of some of the nation’s favourite, whilst providing nutrition, convenience and great taste.  We’re thrilled with the number of new shoppers we have brought into the category, with penetration of the Green Cuisine range already up to 8.7%[2].

Like so many of our shoppers, Max is a parent and very keen to create meals which are both nutritious and tasty and enjoyed by all the family.

Both Max and Laviai work meat-free meals into their diets, both as part of their day-to-day lives and rigorous training plans. Cheavon has a passion for cooking and, as someone who lives a plant-based lifestyle, he really challenges the stereotypical view of a heavyweight boxer’s diet, proving you don’t need to eat meat to build muscle” Koppens concluded.

To bring the campaign to life further, Birds Eye will be giving consumers the chance to win hundreds of themed prizes as part of an on-pack promotion, featured on their special edition Team GB Green Cuisine packs. Prizes on offer will include a once-in-a-lifetime lunch with a Team GB athlete, highly-prized Team GB merchandise signed by athletes, exercise class vouchers, product vouchers and more.