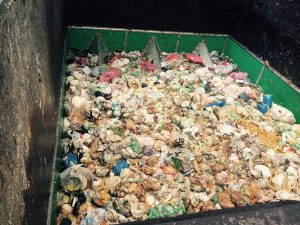 The UK’s anaerobic digestion (AD) industry has welcomed the endorsement of EU ambassadors for the four legislative proposals of the European Union’s waste package, and called for the UK to sign up to the targets included in the proposals irrespective of its future relationship with the EU.

The agreed legislative proposals establish binding waste reduction targets and updated rules to decrease waste generation in all EU countries, including a target for Member States to recycle 65% of municipal waste by 2035. Member States will also have to ensure that by 31st December 2023, all bio-waste (including food waste) is either collected separately or composted.

“The setting of these targets by the EU is an important step towards a more circular and sustainable economy across Europe. Given the current embarrassingly low recycling rates seen in England, the UK government should adopt these targets irrespective of its future relationship with the EU, as they would provide financial, environmental, employment, and health benefits through better (re)use of resources and reduced greenhouse gas emissions from landfill.

“Providing separate food waste collections to divert food waste from landfill and incineration so it can be fully recycled in AD plants is a crucial part of this. Over two million tonnes of food waste is currently sent to landfill in the UK every year – sending this food waste to AD instead would abate over a million tonnes of CO2-equivalent, equivalent to taking over half a million cars off the road for the year.

“ADBA has repeatedly called for the UK government to follow the successful examples of Scotland, Wales, and Northern Ireland in rolling out mandatory separate food waste collections, and the setting of ambitious recycling targets like those proposed by the EU would make such a change even more of a no-brainer than it is now.”

“EBA strongly welcomes the mandatory target for separate bio-waste collection in the EU. This will contribute to the growth of green energy, sustainable jobs and recycling of essential nutrients, which are key targets for all European societies and can be best provided by anaerobic digestion, which delivers the most benefit from organic waste. EBA is optimistic about finally removing the hurdle of insufficient waste separation in Europe in order to accelerate the production of biogas and the implementation of a truly circular economy.”