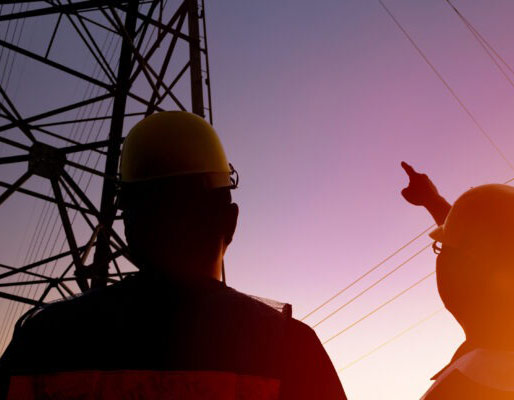 The UK government recently announced their British energy security strategy, which aims to increase domestic energy production and boost UK energy independence. The strategy sets out how the UK will accelerate wind, nuclear, solar and hydrogen power whilst supporting the production of domestic oil and gas in the interim.

Here are a few key points from the strategy:

Eight new nuclear reactors will be built to help reduce reliance on oil and gas. The UK have committed to host 24GW of installed capacity by 2050, resulting in nuclear supply meeting 25% of the UK’s electricity demands by mid-century.

They will consist of both large nuclear power plants and Small Modular Reactors (SMRs), with the designated locations for large-scale nuclear sites being Hinkley, Sizewell, Heysham, Hartlepool, Bradwell, Wylfa, Oldbury and Moorside.

Despite the new Nuclear Energy (Financing) Bill, which will allow private investors, such as pension funds and insurers, to finance new nuclear projects, receiving Royal Assent, there are still concerns that large plants are expensive to deliver with long lead times. Meaning energy bills won’t be reduced in the short term and may end up being more expensive than a more renewables-led approach.

The government aim to deliver up to 50GW of offshore wind by 2030, up from their original target of 40GW, including up to 5GW of floating offshore wind. This level of ambition should mean that half the UK’s installed energy generation capacity in 2030 will be offshore wind.

To deliver this, the government are reducing the consent time for new wind farms from four years to one year, with National Grid and Ofgem speculating that could be cut further with engagement within industry.

However, the plan for onshore wind is less aggressive, with no target to increase capacity and no changes to planning rules. Whilst this has been met with some disappointment, the Department for Business, Energy, and Industrial Strategy (BEIS) have promised that they will “consult this year on developing local partnerships for a limited number of supportive communities who wish to host new onshore wind infrastructure, in return for benefits, including lower energy bills”.

The government are looking to increase our current 14GW of solar capacity, which could grow up to five times by 2035, and will be consulting on the rules for solar projects — particularly on domestic and commercial rooftops. The strategy also announced a removal of VAT for solar panels that will be installed on homes and other buildings, which was reiterated from the Spring Statement in March. The VAT relief will be in place for at least five years and covers insulation, triple glazing, and renewable energy generation.

Hydrogen capacity will be doubled by the government’s 2030 target for expanding green and blue hydrogen — the target originally sat at 5GW and is now set at 10GW. They are intending to support both green and blue hydrogen equally by using a ‘twin-track’ approach. The strategy also announced plans to hold annual allocation rounds for green hydrogen, using a process similar to Contracts for Difference (CfD), to ensure 1GW of green hydrogen production capacity is in construction or operational by 2025.

A Heat Pump Investment Accelerator Competition will be held this year, worth up to £30 million, to increase British heat pump manufacturing. The aim of this is to reduce demand for gas. This competition supports the governments Heat and Buildings Strategy to transition to low-carbon buildings. But the UK supply chain needs to be bolstered and costs reduced, and the competition will help support this.

The Energy Intensive Industries Compensation Scheme will be extended for a further three years, in order to help industrial firms cope with soaring energy costs. This will give electricity intensive users, such as steel plants, a refund on the cost of the emissions trading scheme.

The Prime Minister’s plan aims to boost Britain’s energy security and could see 95% of the UK’s electricity provided from low carbon sources by 2030 and create 40,000 jobs. For support with your business’ energy strategy, get in touch with wayne.brown@inspiredenergy.co.uk