CAN TECHNOLOGY HELP GET SHOPPERS BACK IN-STORE? 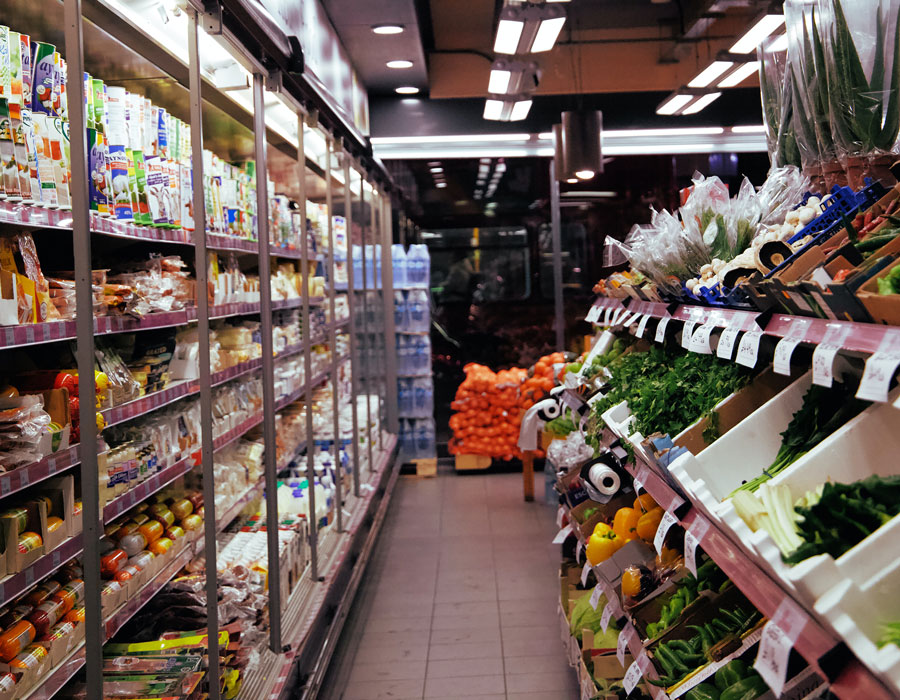 Despite an upsurge in online grocery shopping, many consumers still like to go into a physical store to select their own produce and to interact with others. But social distancing concerns and anxieties around hygiene mean consumer confidence is at an all-time low. Can technology help retailers tempt shoppers back in-store?

Research carried out by EY suggests almost half of UK consumers believe the way they shop over the next one to two years will change. Four-in-five people said they would be uncomfortable trying on clothes in a store and only a quarter said they feel comfortable going out to buy groceries.

Safety concerns are of course the biggest barrier to getting people back in-store and in response, during the early days of lockdown, retailers rigidly enforced ‘one in, one out’ policies to control numbers. As restrictions eased such monitoring has ceased, but crowding in stores still needs to be prevented.

Some larger shopping centres are addressing this by implementing technology capable of monitoring the amount of people inside at any given time.

Earlier this year, Scott Parsons, managing director of Westfield shopping centre told the Today programme: “We’ve got digital footfall trackers so we can safely manage crowds; as they enter and exit we can impose one way systems and markings on the pavements.”

In March, The British Retail Consortium announced a new partnership with ShopperTrak, a real-time occupancy solution that enables retailers to accurately understand shopper density within a store.

Armed with this knowledge, retailers will be able to adjust occupancy thresholds to support social distancing guidelines, as well as optimise staffing and cleaning schedules based on real-time traffic patterns.

But social-distancing concerns are not the only thing keeping shoppers at home. More than half of consumers have admitted they will now be more aware of hygiene and sanitation when shopping in person.

Carrying out cleaning in-store throughout the day is more important than ever, but doing so while maintaining social distancing with shoppers presents a challenge.

This would explain the dramatic rise in the use of AI-powered autonomous cleaning robots reported by AI-company Brain Corp.

The San Diego-based technology company specialises in the development of intelligent navigation systems for everyday machines and is currently powering an autonomous fleet of cleaning robots.

Because robots are safe to operate around the general public, retailers such as Walmart and Kroger in the US are using them with increasing frequency during the day to clean stores and instil greater confidence in store hygiene. The firm says use of robotic floor scrubbers increased by 24% during April 2020, compared to the same month last year.

In July Asda became the first UK grocer to announce it would be trialling the use of fully autonomous cleaning robots in a handful of its stores. Fitted with Brain Corps’ AI system, they are trained to follow specific routes around the shop and have safety sensors to stop them bumping into people.

Alongside safety screens, face masks and hand sanitisers, it seems entirely possible robotic cleaners could become a common sight in our supermarkets, boosting consumer confidence and keeping physical stores open. But what about foodservice outlets? Next time we look at how technology can help the hospitality sector alleviate hygiene concerns among diners.