Caterforce celebrates 25 Years with a ‘Night at the Museum’

Caterforce celebrates 25 Years with a ‘Night at the Museum’ 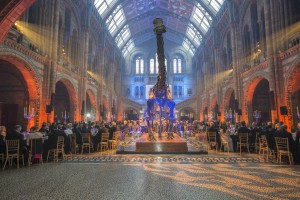 The event, which was in aid of supporting FareShare, the food redistribution charity, was attended by over 200 industry figures and made for a memorable night in one of London’s most impressive venues. 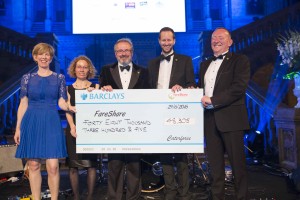 With a prize draw and a charity auction, the guest’s generous contributions led to over £48,000 being raised for FareShare.

Nick Redford, Group Managing Director, comments: “We are excited to mark 25 years of the Caterforce Group. The event has been a great opportunity to celebrate with our members and suppliers, but to also give something back.

“FareShare is a wonderful organisation, which supports charities and community groups to redistribute surplus products from the food industry. We are proud to have partnered with them on this exciting initiative.”

Caterforce was established in 1991 and has grown over the last 25 years to comprise eight of the country’s largest independent wholesalers. With a combined turnover now in excess of £500 million, the group has evolved and today boasts an own-brand foodservice range of over 300 lines, as well as an in-house marketing and photography studio.

Lindsay Boswell, Chief Executive at FareShare, says: “We are grateful to Caterforce for choosing FareShare as their charity partner for their 25th anniversary, and would like to thank everyone that supported us so generously at the gala dinner.

“The amount raised will enable the charities and community groups that we support to provide 193,000 more meals for hungry and vulnerable people across the UK, and will make a huge difference to many people.”