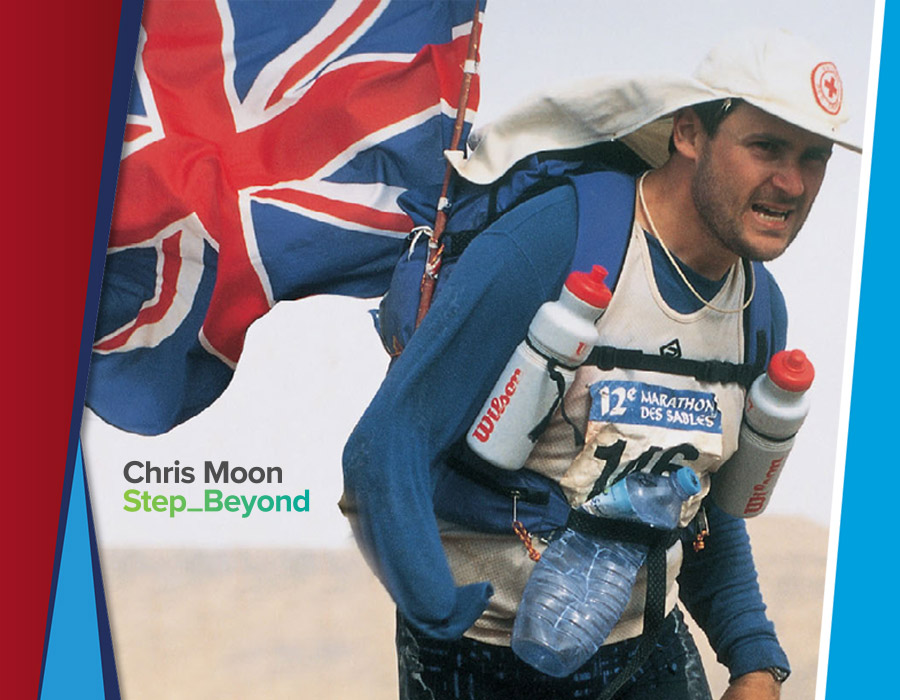 The motivational speaker at this year’s Technical and Health and Safety Conference is probably the luckiest person to be alive you’re likely to meet and when it comes to challenging the concept of limitation, he literally walks the talk. Chris Moon’s a former army officer who left to work for a charity clearing landmines.

He’s one of the few westerners to survive as a prisoner of the Khmer Rouge negotiating his release and that of his two Cambodian colleagues. He was blown up in 1995 walking in a safe area losing his right arm and leg. He survived against all odds, taught himself to run again and became the world’s first amputee ultra-distance runner. He has recently completed the Devon Coast to Coast 117 miler and the Badwater Death Valley 135 miles through Death Valley the hottest place on earth. He’s going to share experience and principles that’ll help us be more resilient and make the best of our lives.

Chris has got a film clip to introduce him taken from a drama documentary with the cheerful title ‘I Shouldn’t Be Alive’ If you don’t like gory stuff, look away after the explosion, but as he says, ‘Why should you worry? It was my leg’.

There’s still time to book your tickets for the Technical Conference and the Health and Safety Conference.