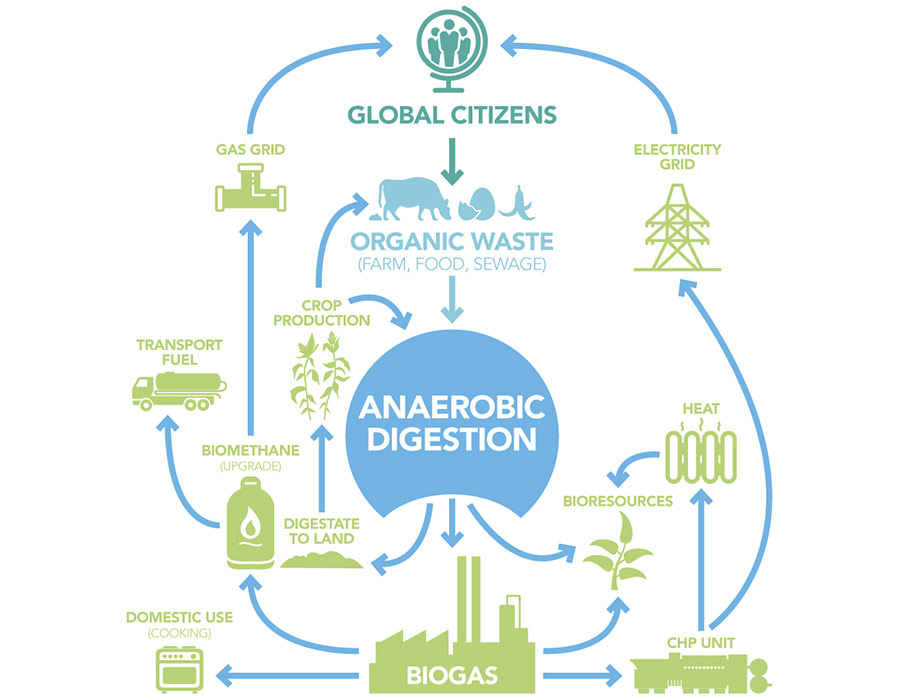 As the Inter-Governmental Panel on Climate Change (IPCC) publishes an alarming sixth assessment report on climate change, the World Biogas Association (WBA) has renewed its call for the potential of the biogas industry to be urgently unlocked so that it can  help deliver the “rapid reductions in GHG emissions and in particular methane” that the IPCC says is needed to address the climate emergency.

The warning amplifies recommendations by the UN Environment Programme (UNEP) and Climate & Clean Air Coalition (CCAC) that said that tackling methane emissions was the most immediate and cost-effective way to avert climate catastrophe.  They identified AD as a readily available low-cost technology that can help reduce these emissions.   The International Energy Agency (IEA) has also recognised the value of biomethane in decarbonising the energy sector, whilst the EU has embraced it in its Methane Strategy.

“Research from the WBA and other biogas trade bodies (1) and from UNEP, CCAC and the IEA, has demonstrated our industry’s potential to deliver a huge reduction in global GHG emissions, especially methane, within the next few years“, says Charlotte Morton, WBA Chief Executive. “Crucially, anaerobic digestion, the technology that produces biogas – also known as renewable natural gas or biomethane – as well as a biofertiliser, bioCO2 and other valuable bio-products, is ready to deliver on that potential now (2). What is badly missing is the political will to remove policy barriers to the growth of the sector – both at global and national levels.

“As the UK prepares to host a particularly critical COP26, and given the widely recognised opportunity to address methane emissions through AD, the British government MUST show the leadership required in speedily committing to an integrated strategy that will deliver the full potential of AD in the UK by the end of the decade and in ensuring that all other countries follow suit. Without AD fully deployed, it will simply be impossible to keep below 1.5 degrees by 2030, nor to achieve Net Zero by 2050 “, she continues.   “Such commitments need to be in each country’s Nationally Determined Contributions (NDCs) to the Paris Agreement – almost all of which are still failing to deliver on the targets set in 2015.

“With its latest report, the IPCC has just issued its starkest warning yet of the danger of climate change and of the need to act urgently.  We are today issuing our own warning to world governments that it is dangerous to overlook the recognised power of AD as an immediate solution. With the right policy framework in place, AD can cut emissions by 10% by 2030.  The global biogas industry has already made a public commitment to play its role to deliver on this potential (3).  Now it is down to the world’s politicians. We’re here, we’re ready – we’re waiting for YOUR commitment, and the world needs it NOW.”