Despite the dedication and tremendous work that the many professionals in the food and beverage sector undertake, and the expense incurred by the industry to ensure that the food that reaches our tables is safe to eat, contamination and subsequent recalls through unforeseen events continue to occur.

In the UK the Food Standards Agency were notified of and investigated 1,514 foods, feed and environmental contamination incidents in 2015, the number of incidents being similar to those in previous years.

In the US, Fortune.com reported that each year, 48 million Americans get sick from food contamination and as a result the American food industry has a $55.5 billion safety problem citing a 2015 study by Robert Scharff, an associate professor at Ohio State University, that estimated the annual cost of medical treatment, lost productivity, and illness-related mortality to be $55.5 billion.

When the Grocery Manufacturers Association surveyed three dozen international companies in 2011, more than half reported being impacted by a food recall during the previous five years. Eighteen percent of those said the hit from the recall and lost sales was between $30 million and $99 million; 5% said the financial impact was $100 million or more. The long-term reputational damage to companies can have an even steeper price tag.

The prognosis is that despite the dedication and effort of the professionals in the food sector contamination and recalls will continue and with the sector having to deal with increasing;

All of which add to their costs; 81% of firms responding to Ernst & Young Report “The Capturing Recall Costs and Recovering Losses” deemed financial risk from recalls to be significant or catastrophic.

In the same report it was stated that 78% of firms include product recall & contamination insurance in the management of risk.

For those firms our advice is that despite the fact that the insurance market at present has ample capacity and insurers are competing vigorously on price and depth and breadth of cover, don’t leave your policy on the shelf; challenge its wording, extent of coverage and pricing.

For the 22% that do not include insurance in the risk strategy why not review your approach?

In both cases a specialist Broker such as Arthur J. Gallagher, with a comprehensive knowledge of the London market and policy wordings, can help to ensure that coverage is signed to protect you from the costs of recall and contamination incidents.

Our team is experienced and well known in the London market with a track record of developing innovative solutions that continually extend the boundaries of coverage provided.

Have a listen to the podcasts covering Product Recall and Contamination produced by our team in conjunction with Malcolm Sheehan QC a leading Barrister with extensive knowledge of issues in product liability and recall. 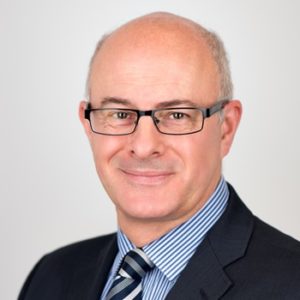