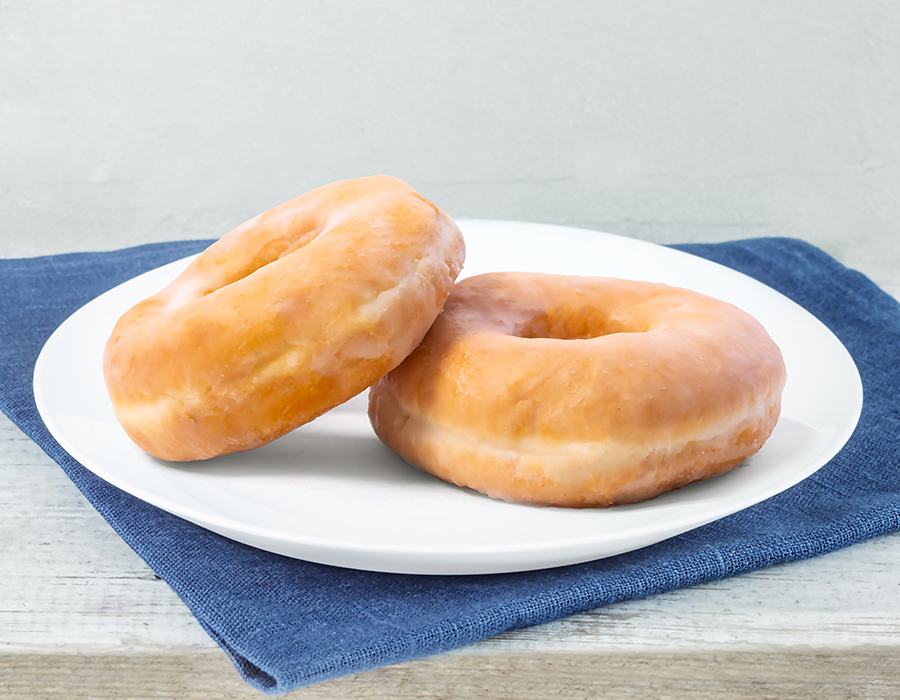 Dawn Foods has further expanded its range of vegan thaw and serve products with the launch of a vegan finished frozen donut.

Available in two classic shapes – a glazed ring donut and a jam filled ball donut; Dawn’s new Vegan Donuts have an artisanal, handmade appearance with a light crumb structure to give a soft eat. Simply thaw as needed and sell. Both donuts are covered with Dawn’s unique Non-Sticky Donut Glaze which guarantees bakers and caterers easier product handling once thawed. This glaze also means bakers and caterers can sell the new vegan donuts in packaging without the worry of the glaze being smudged.

Dawn’s new Vegan Donuts defrost in just two hours and are ideal for bakers who wish to capitalise on the current boom in donut popularity, as well as the massive growth in vegan and flexitarian eating. These tasty donuts have no artificial colours or flavours and have been developed to appeal to everyone, making them an easy solution for operators as they do not have to ‘double up’ on stock.

“Dawn’s new Vegan Donuts are the natural extension to our portfolio of vegan frozen finished products and mixes which have seen impressive sales growth since their launch.

“The significant number of people now choosing vegan and flexitarian bakery options along with the renaissance of the donut category – from plain iced through to elaborately filled and topped donuts – made it a logical step to launch a donut in our frozen vegan range offering.”

“Many leading donut brands have picked up on the vegan donut trend, so Dawn’s artisanal finished Vegan Donuts will enable high street bakers and caterers to follow suit.”