DID COP26 ACHIEVE ITS GOALS? 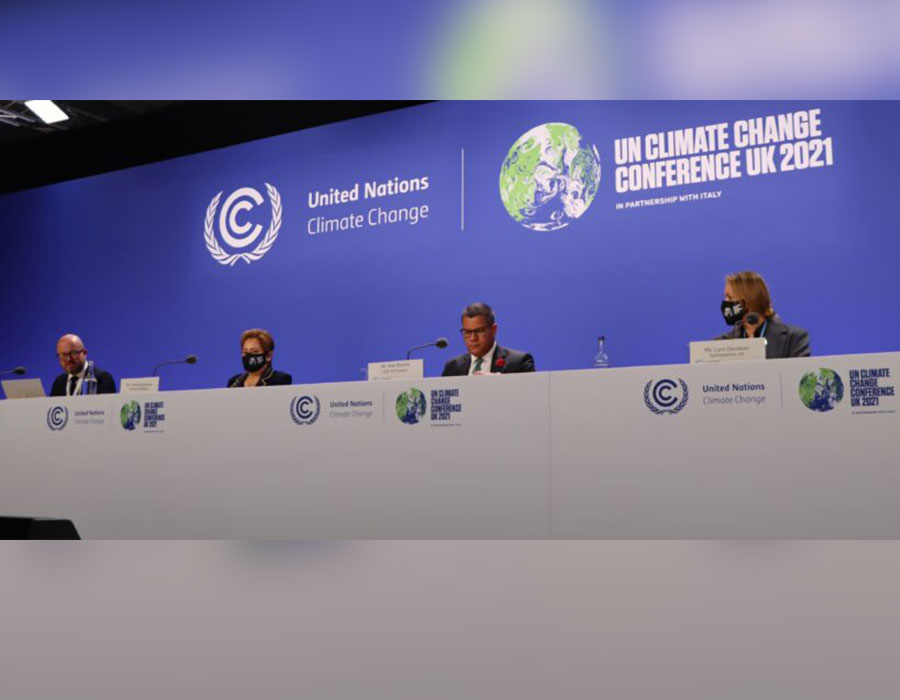 COP26 has come to an end, and with a flurry of announcements, pledges and commitments made every day of the two-week event, Inspired Energy have been busy keeping you updated on all the new developments on their COP26 Insights Hub.

But now the event has concluded and a final agreement – the Glasgow Climate Pact – has been reached, it’s time to reflect on what was achieved at COP26. Leaders arrived in Glasgow with four key goals – but were they successful in reaching them? Let’s take a look…

Whether or not COP26 has ensured we’re on track to achieve this goal, however, is yet to be seen. While some countries set new long-term commitments to reach net zero emissions – India pledged to reach net zero by 2070, for example, while Nigeria committed to net zero emissions by 2060 – analysts have found that current long-term pledges will only restrict global warming to 1.8°C by the end of the century.

There is also a significant gap between countries’ pledges and their practical plans for meeting them. Analysis by Climate Action Tracker (CAT) found that if countries’ existing policies and carbon reduction measures are taken into account, rather than just their goals, then the global average temperature is likely to rise by a devastating 2.7°C.

Crucially, countries will need to be more ambitious in their short-term goals and take urgent action over the coming years if we have any chance of holding onto our 1.5°C goal. CAT found that despite promises made in Glasgow, emissions will be twice as high in 2030 as they need to be to stay within 1.5°C. The Glasgow Climate Pact therefore requests that nations improve their Nationally Determined Contributions (NDCs) to the Paris Agreement for 2030 before COP27 next year. Leaders also agreed to begin developing NDCs through to 2039, to ensure they were prepared to make continual progress towards net zero.

So while world leaders didn’t manage to ensure their plans aligned with the 1.5°C target at COP26, there’s still hope that they will be able to achieve this at COP27.

It’s clear that urgent action is needed to mitigate the impact of global warming on communities and natural habitats across the globe, as studies have shown that 85% of the world’s population is already being affected by climate change. During COP26, we saw a number of new pledges made by countries and companies alike that – if sufficient action is taken to achieve them – could contribute to protecting global communities and natural habitats, which was a key goal of this year’s COP.

One of the biggest announcements from COP26 was the commitment by 190 countries and organisations to phase out coal power. The UK was among the signatories, as were major coal-using countries such as Poland, Vietnam and Chile – although some of the world’s most coal-dependent countries, including the US and China, did not sign up to the pledge. Those who did sign the agreement pledged to phase out coal-fuelled power generation in the 2030s in richer countries, while poorer nations committed to 2040. As coal is the single biggest contributor to climate change, the actions these countries will need to take to achieve this commitment could go a long way towards protecting our communities from further damage due to global warming.

Another key commitment made during COP26 was the pledge by more than 100 world leaders to end and begin to reverse deforestation by 2030. The countries that have signed the pledge cover around 85% of the world’s forests, and they have committed almost £14bn of public and private funding to achieving this goal. Some of this funding will be given to developing countries in order to help them to restore damaged land, tackle wildfires and support indigenous communities.

Almost 100 countries also signed the Global Methane Pledge, in which they committed to cut methane levels by 30% by 2030. It’s believed that if this goal is achieved, we could eliminate over 0.2°C of near-term warming, which may seem small, but could substantially reduce the severity and frequency of extreme weather events.

Substantial public and private investment will be required to meet our global, national and business goals when it comes to net zero, and a raft of new funding was announced by various parties throughout COP26.

Back in 2009, developed countries agreed to provide developing countries with at least $100bn (£75bn) in public and private funding per year to support them in reducing their emissions and adapting to the impacts of climate change. However, by 2019 – the latest year for which data is available – they were only providing $80bn of funding for these purposes. A large proportion of this funding also goes to emissions reduction projects, like renewable energy schemes, because they provide profits, whereas many developing countries still struggle to access any investment to help them to adapt to climate change. During COP26, richer countries agreed to increase funding to ensure that developing countries receive $500bn over the next five years, and they also agreed to double the proportion of climate funding going to adaptation.

There was also a significant amount of new funding committed to developing the technology we will need to make a smooth transition to a net zero future. 23 nations agreed to undertake clean technology ‘missions’, for example, which are designed to accelerate the development of technologies needed to deliver renewable fuel, decarbonise cities and heavy industry and capture carbon emissions from the atmosphere. In a separate agreement, the World Economic Forum partnered with the US Special Presidential Envoy for Climate John Kerry and over 30 global businesses in the First Movers Coalition. The Coalition has committed to investing in innovative green technologies to ensure they can scale up significantly in order to transform hard-to-abate sectors like aviation, shipping and steel.

As well as ensuring that green finance is readily available where needed, over 20 countries and financial institutions also committed to ending financial support for fossil fuel infrastructure overseas. Signatories, including the UK, US and Denmark, will divert this spending to green energy instead from 2022, which is expected to generate an estimated $8bn a year globally for clean energy. In the UK, Chancellor of the Exchequer Rishi Sunak also announced his goal for the UK to become the first net zero-aligned financial centre in the world, and outlined new rules requiring listed UK firms and financial institutions to publish detailed plans for achieving a low carbon future from 2023.

Collaboration is key to any COP event, and while many countries and organisations came together in making the pledges we’ve discussed above, it became clear that reaching a unanimous agreement on the Glasgow Climate Pact was a struggle when the negotiations spilled over into Saturday 13th November.

The final stages of the negotiations were dominated by a debate over the wording used to describe the commitment to reduce coal usage around the world. China and India – countries that are both heavily dependent on coal power – objected to the phrasing that committed them to ‘phasing out’ coal, and an agreement was only reached when the text was changed to say that they would ‘phase down’ coal, which implies that they could still continue to use limited amounts of coal in the future. This last minute amendment led COP26 President Alok Sharma to say to all delegates, “I apologise for the way this process unfolded and I am deeply sorry.”

Despite the difficulties, however, the Glasgow Climate Pact is the first COP agreement to mention fossil fuels at all – which is an important landmark on our journey to net zero. Crucially, countries and businesses must now work together to ensure that they can deliver on the ambitious and urgently needed commitments they have made at COP26.

COP26 may have ended, but if your business is only just beginning its net zero journey, Inspired Energy’s experts are on hand to support you all year round. Head over to their COP26 Insights Hub to discover a range of resources designed to help you to optimise your net zero strategy and achieve your sustainability goals.

To find out more about how Inspired Energy can help you with your Net Zero journey, speak to Wayne Brown on 01772 689250 or email wayne.brown@inspiredenergy.co.uk