Archimedes had his eureka moment displacing water in a bath tub on the island of Sicily.  The result was a principle which led to the creation of a fundamental law of physics.  Snowbird foods had its special moment in a factory in North London. 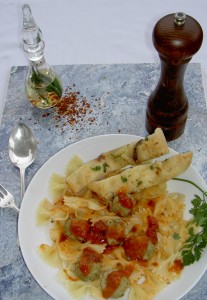 The result was the definitive Sicilian Meatball.  It is redolent of the beautiful Mediterranean island thanks to its appetising taste, attractive aroma and eye-catching appearance.

As with all other Snowbird products, these can be microwaved from frozen or batch oven baked to a core temperature of 72 degrees C.

“It’s a good day in the factory when production of this meatball is scheduled because it puts the team in a happy holiday mood,” said commercial and marketing director, Roy Anderson.  “I believe it will have the same effect on customers too,” he added.