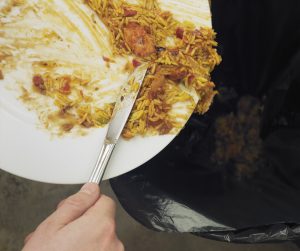 Local authorities and municipalities across the European Union (EU), including in the UK, need to ‘get ready’ to introduce separate food waste collections, according to the heads of the global and UK food waste recycling associations.

The EU has this week published in its Official Journal its Circular Economy Package, which includes new targets of 65% recycling of municipal waste by 2035 and separate biowaste collections by December 2023. The package will be binding on EU Member States from 4th July 2018, after which they will have two years to transcribe it into their own national laws.

“It’s great to see that the new targets in the EU’s Circular Economy Package, particularly those for municipal waste and separate biowaste (food waste) collections, will enter into European law in just over a fortnight’s time. There are huge environmental, economic, and human-health benefits to separately collecting inedible food waste and recycling it into valuable resources using biogas technologies – our latest report suggests that doing this on a global scale would have the same impact in terms of CO2 emissions reduction as taking all cars in the EU off the road.

“Local authorities and municipalities across Europe now need to get ready to bring in food waste collections ahead of the legal deadline of December 2023.”

“We fully expect the UK to implement these targets as an existing member of the EU. ADBA has campaigned long and hard for separate food waste collections to be brought in across England to emulate the successful examples set by Scotland, Wales, and Northern Ireland in separating and recycling inedible food waste through AD, so this is a huge moment for the circular economy in the UK.

“December 2023 is just over five years away, so local authorities in England need to start factoring the requirement for separate food waste collections into their plans and use contract renewals as an opportunity to introduce collections at the lowest possible cost and with maximum effectiveness.”

Inedible food waste can be recycled through AD into biogas (which can be used to generate renewable heat and electricity and as a clean transport fuel) and digestate, which can be applied directly to land as a nutrient-rich biofertiliser.

In May, WBA launched its landmark report, Global Food Waste Management: An Implementation Guide For Cities, written in partnership with the C40 Cities Food, Water & Waste Programme. The report offers guidance and case studies for global cities on food waste collection and recycling through AD.

WBA will be holding the UK launch of the report at UK AD & World Biogas Expo 2018, the world’s largest tradeshow dedicated solely to AD and biogas, on 11th-12th July at the NEC in Birmingham, UK. The expo is being jointly organised by ADBA and WBA and will feature workshops and panel sessions on food waste collections as well as a dedicated lunch for local authorities.