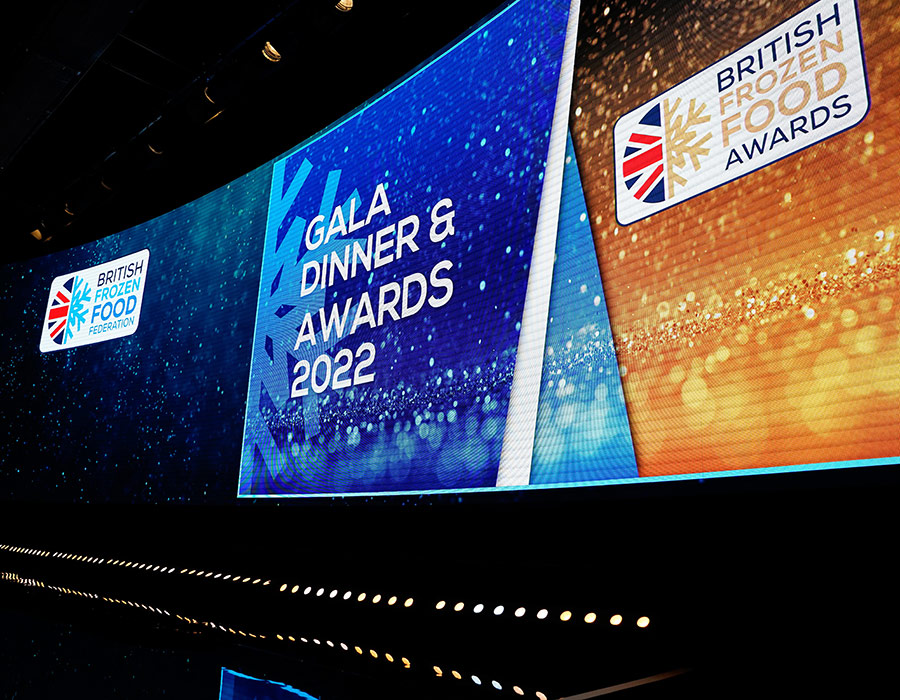 Aldi, Heron Foods, KK Fine Foods and Bannisters were amongst the winners of the Frozen Food Awards 2022, when the long-standing celebration of the best in frozen was held live (16 June) for the first time since 2019.

Organised by the British Frozen Food Federation, the awards which have been running since 1988, recognise the most innovative and creative new frozen food products launched in retail and foodservice in the last 12 months.

On the night Aldi was the biggest winner and collected five Gold Awards, closely followed by Iceland which won two Gold and three Silver Awards. M&S also shared in the success with a Gold Award for its Plant Kitchen No Chicken Gyoza as well as collecting a Silver and a Bronze Award in other categories.

The retail awards are unique in that the winners are judged by panels of independent consumers from across the UK who mark the products blind for appearance, taste, and aroma before moving onto asses them for innovation, packaging, preparation instructions, likelihood of purchase and value for money.

The foodservice awards are widely respected throughout the catering industry as all the entries are impartially judged by representatives of the prestigious Craft Guild of Chefs, who, as executive chefs, catering managers and recipe developers, are expert in their field and uncompromising in their assessments of the entries.

Richard Harrow, BFFF chief executive, said: “I am incredibly proud of the hard work and creativity demonstrated by all the entrants and the BFFF team. The impressive innovation happening across frozen is incredibly encouraging, especially considering the important role the sector has to play as we look towards a future of increased value for the consumer and decreased food waste for us all.

“The range and diversity of products entered into the awards this year was fascinating to analyse, with over 137 products entered. We were also delighted to see M&S enter our awards for the first time in many years.

“In foodservice, we had 73 products entered and I would like to thank the Craft Guild of Chefs for their on-going support.”

The Frozen Food Awards we held at The Brewery, 52 Chiswell St, London on the evening of 16 June as part of the BFFF Gala Dinner Dance.

The full list of winners can be downloaded here: