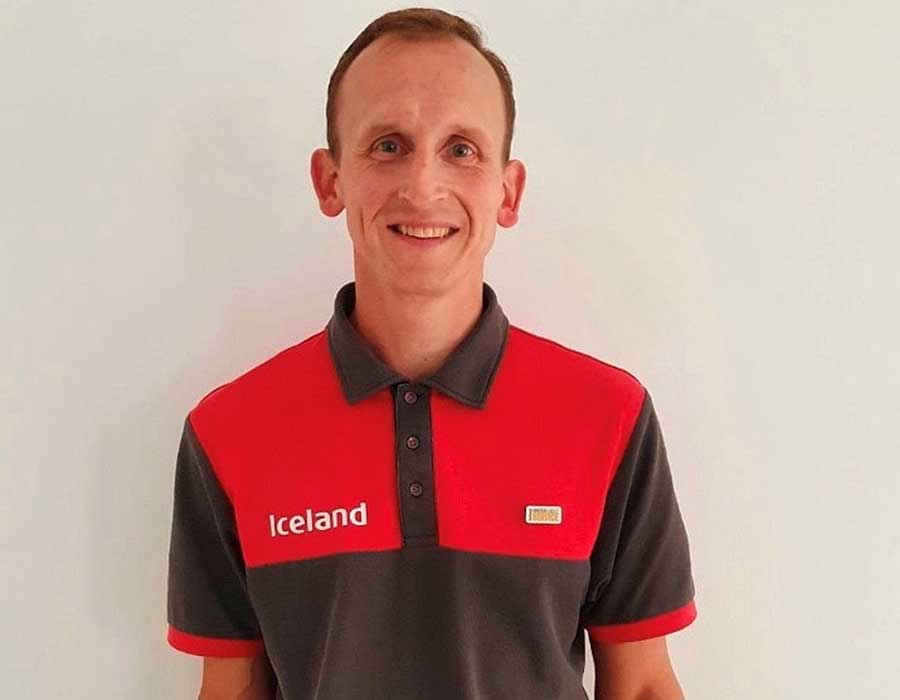 An Iceland supermarket delivery driver who went above and beyond the call of duty during the Covid-19 lockdown, ensuring vulnerable shoppers in his local community received vital supplies, has been awarded the BEM (British Empire Medal), by Her Majesty the Queen in this year’s Birthday Honours List.

Adam, 44 years old, who works as a delivery driver at Iceland’s Rustington store in West Sussex, was surprised and delighted to receive the honour, stating: “I started with Iceland last year in June after moving into the area from Watford. I was very shocked to be nominated and absolutely amazed to hear from the Cabinet Office to tell me that I was to receive the award. My family are very proud with what I have achieved, and when I told my father he was beaming with pride, even more so because he received a similar award over 25 years ago. I am so pleased that I was able to serve my community and give help to people when they had no one else to turn to.”

Identifying that some customers were without a support network, Adam also left customers with his personal mobile and home phone numbers alongside their delivery of shopping, providing vulnerable members of his community with a listening ear in times of need.

Countless letters of gratitude from households across Adam’s local community have already recognised his commitment to his local community. Received by his store, many expressed their thanks for both the practical help and the overwhelming display of compassion that Adam had shown them. Many stated they did not know how they would have coped without his help at the peak of the crisis.

The impact of Adam’s actions has have been huge. Not only to those he serves in his immediate community, but in the wider business and the way we have responded to the crisis in other stores.

Adam’s heroic actions have created a butterfly effect within the wider Iceland business, as staff up and down the nation have protected the most vulnerable in our communities at a time of crisis, and in this generation-defining situation he has proved the true impact that everyday acts of kindness can have on our society.

Supporting Iceland’s recruitment drive to Feed the Nation at the height of demand, Adam also took it upon himself to link up with other Iceland stores, coaching six new Home Delivery Drivers to give the best possible service to the community, and in particular the most vulnerable.

Adam’s Area Sales Manager Mike Jones said: “Everyone at the store feels very lucky to work with Adam and are all so delighted to have such a fantastic colleague, who goes above and beyond on each and every shift.

He is an asset to Iceland and to the community, and lives by a motto ‘never limit your challenges, always challenge your limits’.

“Adam is a shining example of what it means to be a good citizen and we couldn’t be any prouder!”