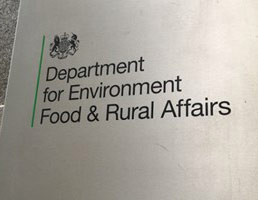 Many members will have seen the Government’s announcement that they will grant visas to 5,000 HGV drivers and 5,500 workers for the poultry industry from the EU. We are concerned that the relaxation by the Government is too little and too late.

With a 100,000 HGV driver shortage, the 5,000 is not really going to have a massive impact. It is likely that the drivers will only go to certain parts of the supply chain that can afford the costs associated with the process. Also, we are asking EU drivers, perhaps with permanent employment, to give this up to come on a short-term contract.

With workers for the poultry industry, whilst I am sure the industry will welcome the opportunity to bring in extra workers, is it too late to organise? I also wonder if the industry, who I am sure saw the problem coming some time ago, reduced the number of birds they raised? Iceland have already said they have seen sales on frozen turkeys increase by over 400% vs this time last year. They have also highlighted they have increased their orders for this year by 20%.

Whilst we welcome the support for our members in the Poultry sector, we do have to question why is this sector being treated differently from other sectors such as the pig industry whose situation is critical based upon the many pig farms airing their concerns on the media at the weekend.

If we were cynical the decision on poultry workers is driven more by the optics for the Government of having a shortage of turkeys in store over the Christmas period.

Defra maintain that many sectors have not proved their need for more labour so it would be interesting exactly what data they are missing across the many other parts of the supply chain where labour shortages are having such a major impact.

As Ian Wright of the FDF highlighted we are importing a lot of EU pork with no checks as we are yet to introduce SPS checks. Whilst the British pork industry is now faced with culling animals with perfectly good pork going to waste.