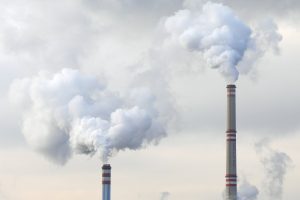 Phase 2 of the Energy Savings Opportunity Scheme (ESOS) is now complete, but does that mean you can relax until it’s time to get ready for the next reporting deadline in 2023?

ESOS is the government scheme aimed at reducing the UK’s carbon emissions by making it compulsory for large businesses to report on consumption and identify savings opportunities in four yearly cycles. Compliance requires the collation of energy consumption data and the auditing of end uses by a qualified lead assessor.

“Anyone who has reported under Phase 2 must keep their evidence pack carefully in case they are chosen for audit,” says Mike Bond, senior engineer at NFU Energy. “We know that audits from 2015’s Phase 1 were still being conducted in 2019, so it pays to remain vigilant even though there is some breathing space before ESOS Phase 3 kicks in.”

“Anyone who has reported under phase 2 must keep their evidence pack carefully in case they are chosen for audit.” Mike Bond, NFU Energy Senior Engineer

It’s also highly likely that you’ll need to prepare for the Streamlined Energy and Carbon Reporting (SECR) scheme which came into force in April 2019. It has slightly different criteria to ESOS and may apply to you even if ESOS doesn’t. Your first report could be due as early as April this year as it has an annual reporting obligation. Data compilation requirements are similar to ESOS, so taking time to improve the formal recording of ancillary energy uses, such as bottled gas or fuel for business travel, could be time well spent.

YOU MUST COMPLY WITH SECR IF YOU MEET ANY TWO OF THE FOLLOWING THREE CRITERIA:

WHAT CAN WE LEARN FROM ESOS PHASE 2?

“Many farm businesses have found that collating the necessary data takes more time and effort than they first think,” says Mr Bond.

“They may have several sites with multiple energy usages recorded in many forms, from electronically to scraps of paper: half-hourly electricity, quarterly estimated gas, deliveries of bulk fuels, and forecourt purchases. All of these have to be identified and gathered to cover the 12-month reporting period.”

As ESOS applies to all sectors, energy audit work is divided as appropriate into buildings, transport, and process. The energy saving opportunities identified by NFU Energy engineers range from basic time switching of appliances that otherwise operate continuously, right up to new heat networks to share CHP heat more effectively.

OTHER ENERGY SAVING OPTIONS INCLUDE:

To find out how we can help with your SECR compliance and other schemes, call the NFU Energy team on 024 7669 6512. Plus keep up to date with other energy related news at www.nfuenergy.co.uk.