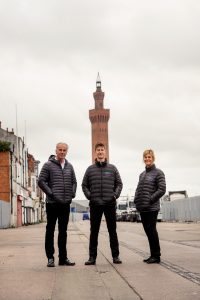 Having reached its 18th year in 2018, salmon specialist JCS Fish will celebrate the year as one of its most successful ever, having grown sales volume by 43% and its customer base by 24%.

Founding director, Louise Coulbeck, says, “I think we can look back on 2018 with a degree of pride.  Having weathered the salmon pricing storm of 2016, last year we set ourselves new goals, many of which have come to fruition during 2018.  We cemented customer relationships; achieved wider distribution for BigFish and set out new environmental objectives, such as with our new Packaging and Recycling policy.”

This December, JCS Fish once again achieved Silver in the Investors in the Environment (IiE) environmental certification programme and re-certified its GlobalG.A.P Chain of Custody status for sustainably produced salmon.

Louise says, “Of course, just as for everyone else, 2018 was a year with its challenges as well as achievements, but despite the continuing wider economic uncertainty and ongoing discussions about Brexit, for us it was a pretty good year and we’re all looking forward to the next one!”