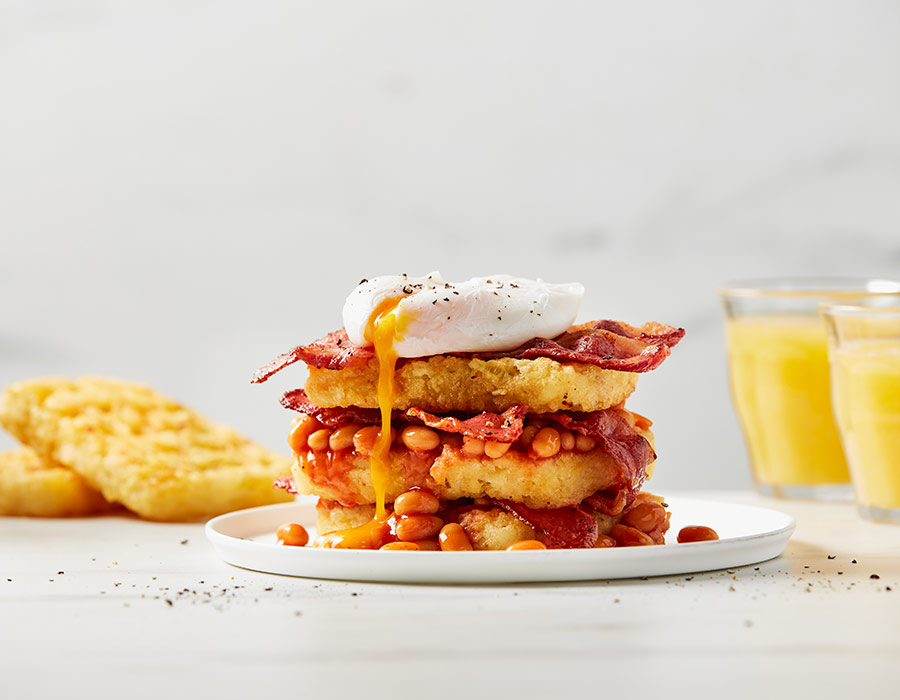 Iceland is introducing trollies full of new products to its range, all of which will give its shoppers something to smile about this winter and will be available in store and online from Monday 18th January onwards.

Iceland new Hash Brown Waffles (£1.00, 504g) are made with a delicious combination of potato and onion rosti then pre-fried to be used as a snack or a fantastic addition to a family meal, whether that’s breakfast, lunch or dinner.

A brilliant fries alternative for families up and down the country, Iceland also offers Hash Brown Fries (£1.50, 1kg) with tasty shredded and seasoned potato and onion pre-fried in rapeseed oil that can be oven baked or fried.

Last but not least, Iceland’s Cheesy Hash Browns (£2.00, 600g) turns the traditional hash brown on its head with rectangular fried pockets of potato that have been stuffed with a soft, cream cheese and cheddar filling.

The launch of 4 Chip Shop Curry Chicken Breast Toppers (£2.00, 400g) is just what shoppers need this January, as breadcrumbed chicken breast filled with a lip-smacking curry sauce adds a bit of fruity, spice during our coldest season.

Iceland is also introducing the Big Mac-inspired Snacksters Big Stack Burgers (£1.50, 204g) to its range; a microwavable meal of familiar double-cut buns, double burgers, cheese slices and secret sauce that are less than half the price of the real deal.

With its banana cream mouse on a baked biscuit base, topped with layers of creamy mousse and toffee sauce, the new Banoffee Pie (£1.75, 500g) will offer a deliciously cheery pudding for the whole family.

Alternatively, families might want to opt for Cookies & Cream Cheesecake (£1.75, 450g). With a chocolate flavoured biscuit base that has been generously topped with cream mousse and chocolate cream mousse, then decorated with cookie chunks, it’s sure to bring a smile with each spoonful.