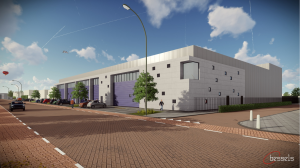 Klaas Puul will build a new factory of 5506 m2. The packing lines will move from their current premises to the new building. Our current thawing and cooking facilities will be moved to Edam, another 2.000 m2 will be simultaneously added to this factory.

History:
Klaas Puul was founded in 1968 and located in Volendam, with brown shrimp then introduction of tropical shrimp.

1995 and 1997, 2 new landing stations for the contacted Fisherman where opened in Rømø (Denmark) and Büsum (Germany).

2000 a new factory in Edam was opened and 10 years later a second factory was added.

2006 the acquisition of ATKA followed in Puurs (Belgium)

Next year Klaas Puul celebrates their 50th birthday and would like to open the new HQ in Volendam.

ICELAND LAUNCHES THE ULTIMATE MASH UP DISHES FOR THE WHOLE FAMILY

THE CLIMATE CHANGE IMPACT ON WATER