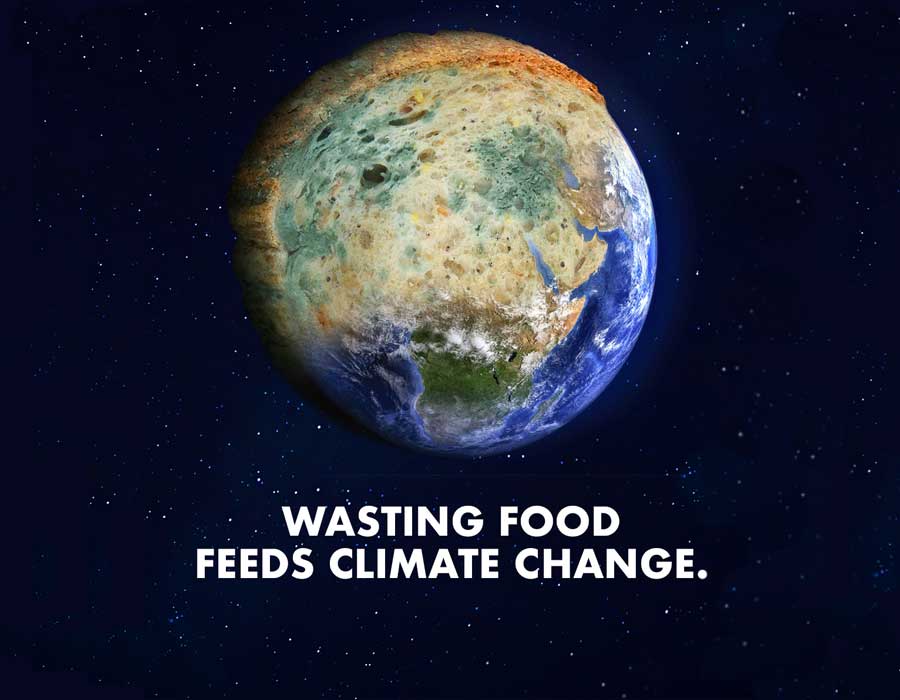 The British Frozen Food Federation (BFFF) is proud to be working with WRAP and supporting Food Waste Action Week by highlighting the benefits of buying frozen, not least of which is the reduction in food waste it facilitates.

UK households waste 4.5m tonnes of edible food every year. Meanwhile, food waste is known to be responsible for 6% of global greenhouse gas emissions. As we struggle to feed the world’s growing population, whilst protecting the world itself, it’s never been more important to tackle food waste. We believe frozen food should be at the heart of this challenge.

It’s shocking, but we throw away about a third of the food we produce, and almost half the total amount of food thrown away in the UK comes from our homes.

Buying frozen food reduces waste in two ways. Firstly, it has a much longer shelf, which means less food going off before you get the chance to eat it. Additionally, this longer shelf life results in less wastage throughout the supply chain.

Secondly, frozen produce can be easily portioned so you can cook only what you need and save the rest for another day. And because products and ingredients are pre-prepared, you won’t even have scraps to put in the food waste.

While freezing food at home is a great way to make it last longer, and something the BFFF encourages, there are many more reasons to shop in the frozen aisle.

Freezing inhibits bacterial growth and stops biochemical reactions from taking place. It also locks in many of the food’s nutrients. For instance, the vitamin content of fresh vegetables starts to decrease as soon as they are harvested, but research has shown frozen vegetables to contain the same and often higher levels of vitamins than fresh. Literature states that freezing, if properly conducted, is the best method of food preservation for the retention of nutrients, including proteins, vitamins and minerals.

Vitamin C, vital for a healthy the immune system, is the most fragile nutrient and easily lost from foods. A study conducted across a range of vegetables compared the retention of vitamin C across room temperature, chilled and frozen storage.

The results were resoundingly in favour of freezing, proving freezing really does ‘lock in’ nutrients. Vegetables frozen post-harvest and stored in the freezer retained significantly more vitamin C than those in ambient or chilled storage, with frozen vegetables losing less than 10% of their vitamin C over 12 months’ storage in the freezer.

Have you ever have had a craving for strawberries, only to find they aren’t in season? Freezing is a natural preservative and a great way to eat seasonal food all year round. Whether it’s fish, fruit or veg, freezing can ensure that your family is eating nutritious food all the time.

Most frozen food products offer better value than their fresh counterparts. For example, a frozen whole chicken could be 21% cheaper than fresh and frozen spinach is up to 71% cheaper. Overall a family of four can save 34% per week on the 10 most commonly purchased items when bought frozen. That’s up to £1,500 saved per year simply switching from fresh to frozen food.

Modern freezing technology is very sophisticated, so once harvested, fruit and vegetables are usually frozen within two or three hours of being picked, as are meat and poultry. Unlike domestic freezers which typically run at around −18C and can freeze food over a period of around 24 hours, industrial freezers can freeze products down to a temperature of -20C or lower within minutes.

During the freezing process, ice crystals form in food. Domestic appliances freeze slowly forming large ice crystals which can affect the quality of the food. As most commercially frozen foods are frozen in minutes, damage to the cell structure of the food is minimised, which is why professionally frozen foods are better quality than a consumer buying chilled products and freezing at home.

Assessing a range of carbon emissions – from post-harvest or slaughter to consumption by the consumer – researchers found that a frozen meal for a family of four produced 15% less CO2 than its identical chilled counterpart.

Making the most of your freezer

We have never spent more time cooking and eating at home than we have in the last 12 months. As new consumer habits become the norm, there’s never been a better time to take a fresh look at your freezer. When you understand the potential of frozen products, you’ll begin to see the freezer as a store cupboard on ice, and the frozen aisle as a world of culinary possibilities.

What can you cook from frozen?

Gone are the days of defrosting everything you buy frozen before you eat it. Many commercially frozen products can be cooked directly from frozen, including:

If stored properly frozen food can be kept between four and 24 months, but check the manufacturer’s ‘best before’ date. Your freezer should be at -18˚C or below. As a general rule, if your freezer can’t keep ice cream solid, it’s too warm.

Can you refreeze defrosted food?

There are a lot of myths surrounding re-freezing food, but you should never refreeze food that has been defrosted. However, if the defrosted food has then been fully cooked and allowed to cool, it can be stored in an airtight container or zip lock bag and frozen again for use at a later date.

What are the most common errors which lead to frozen food waste and which we could avoid?

When buying frozen food, always check the packaging is undamaged. Pick up your frozen items at the end of your shopping trip and pack them together, then store in the freezer as soon as possible after you get home.

If you freeze leftovers, ensure they don’t get thrown away because they’ve not been labelled correctly. To avoid this, make sure you write on the pack what it is and the date it was frozen. Don’t forget home frozen doesn’t last as long as professionally frozen food which has a better texture than many home frozen foods.

When loosely wrapped, food can become dry in the freezer. Once open, ensure you squeeze out as much air as possible from the pack. If home freezing, invest in some reusable pouches (ideally recyclable) and seal tightly.

The outlook for frozen food is positive. Ever more technologically savvy consumers will increasingly shop online to the benefit of frozen food. This, combined with growing evidence that frozen food is nutritious and helps reduce food waste, will see more consumers opting for frozen in retail and more caterers selecting frozen ingredients and dishes for their menus.