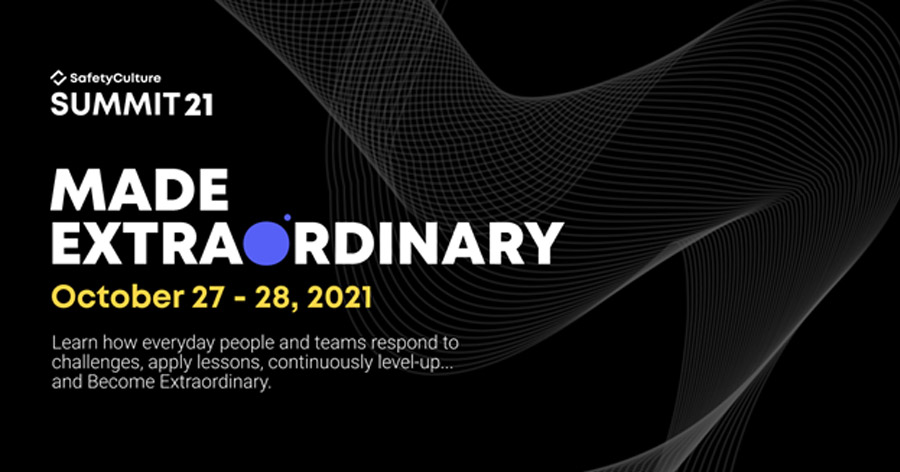 SafetyCulture takes a closer look at how teams can achieve extraordinary things in this new world of work.

When unpacking the structure of success, you’ll frequently find that greater heights are reached working together than working in silos. COVID-19 has been one of the most challenging periods for businesses, but it also demonstrated the power of teamwork as leaders and team players rallied together in the face of disruption and unpredictability.

Here’s the thing – more often than not, self-made success is a myth. A single person doesn’t own a successful outcome, they’ve earned it right alongside their teammates. And successful individuals don’t just take credit, they give it.

Today, we’re still in uncharted waters. New variants and waning consumer confidence lurk in the mind of every business owner. In short, there’s never been a better time to broaden our outlook in order to enhance operations in this new world of work.

Arm yourself with unique perspectives and practical insights at the SafetyCulture Summit 2021: Made Extraordinary, a global event designed for teams in operations, safety, risk, and quality. This event brings together an incredible lineup of speakers as they draw from diverse lived experiences.

Broadcast live from Las Vegas, we’ll explore the structure behind success, innovation and the power of everyday teams.

Introducing the Made Extraordinary speaker lineup:

Diana Nyad | Never Give Up
Long-distance swimmer Diana Nyad gained national attention in 1975 when she swam around Manhattan. In 2013, Diana motivated millions when she, on the fifth attempt, achieved her lifelong dream of becoming the first person to swim from Cuba to Florida. On the beach, after over 50 hours of non-stop swimming, Diana declared to the cheering crowd: “We should never ever give up”.

Nadja West | Leading Through Uncertainty
A trailblazer in leadership, Lieutenant General (ret) Nadja West is the 44th Army Surgeon General and the former Commanding General of US Army Medical Command. She is the first African American woman 3-star General in the Army’s history and holds over 20 years of experience in executive leadership, crisis management, and disaster response.

Bob Chapman | Truly Human Leadership
Bob Chapman is Chairman and CEO of Barry-Wehmiller, a $2.5B global manufacturing business with 11,000 team members. Over the past two decades, he has pivoted from traditional management practices towards Truly Human Leadership – a people-centric approach focused on employees feeling valued, cared for and an integral part of the company’s purpose.

These headline speakers will be joined by Deep Water Horizon survivor Caleb Holloway and QHSE leader Gary Bonnett to share their crises and safety experiences.

Made Extraordinary is your launchpad to level up. Reserve your FREE seat today.