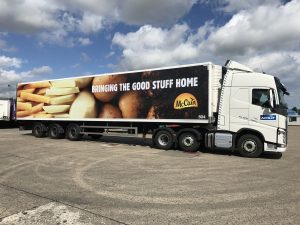 The 50-year relationship is still chipper – as demonstrated by four new graphic designs which ACS&T and McCain have revealed.

In a project that has run from July to October this year, ACS&T has re-liveried a number of plain white trailers with four new designs.

The themes are – tea chips, fry days, career of the chip and Sunday lunch.

ACS&T managing director Malcolm Johnstone said: “McCain took the decision to update the trailer graphics as it is ten years since the last livery was brought in.

“McCain like the idea of mobile advertising and the decision to re-livery the ACS&T vehicles is good for us as it clearly highlights our partnership with a household brand.”

The announcement comes after ACS&T invested £1 million in its fleet, including the latest generation tractors, refrigerated trailer and tracking equipment.

The new McCain livery will be displayed on 11, 15.6 metre, 30 pallet trailers and the design project handled by the Aura graphics team was applied in Grimsby under the direction of Neil Eastwood and Derrick West for ACS&T.

The substantial investment in vehicles, coupled with the new McCain livery, demonstrates ACS&T’s commitment to quality and dedication to providing flexible logistics solutions for customers.

As a subsidiary of the international group Camellia Plc, ACS&T’s expertise in multi-temperature food logistics goes back nearly a century.   Its sophisticated nationwide food storage and distribution network provides ambient, chilled and frozen integrated services to food manufacturers, wholesalers and speciality producers of all sizes.

ARE YOU PREPARED FOR THE UK PLASTIC PACKAGING TAX ? – FREE WEBINAR! 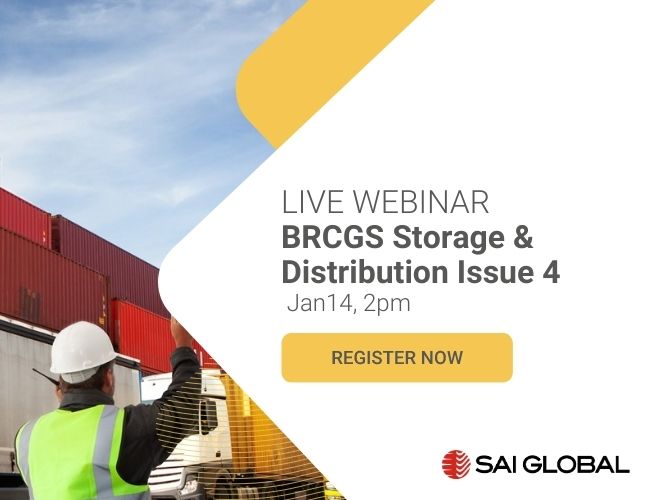 The Immediate Future of Foodservice

Up to date view on Brexit Negotiations