Award-winning communications and marketing agency, Pelican Communications, is throwing its support behind a potentially lifesaving new vaccine which could help to cure Crohn’s Disease. 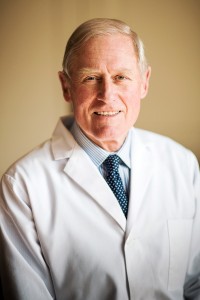 Professor John Hermon-Taylor, a molecular scientist, retired surgeon and internationally renowned Crohn’s Disease expert based at King’s College London has been researching Mycobacterium Avium subspecies Paratuberculosis (MAP) and its relationship to Crohn’s for more than 30 years.

And now he believes he is on the verge of a momentous and potentially life-saving breakthrough which could cure Crohn’s – which affects up to 250,000 people in the UK – altogether.

Now, in order to carry out successful clinical trials, Prof Hermon-Taylor and his team need (HOW MANY) healthy volunteers to help test the vaccine and to raise (HOW MUCH) to help pay for the trials.

That’s where Pelican come in.

At the company’s annual team meeting, staff were asked to take part in a new Dragon’s Den-style initiative, pitching to their colleagues for their support for a cause close to their heart.

This year’s winner was the company’s commercial associate director, Wendy Brown, who herself has Crohn’s and has been involved in Prof Hermon-Taylor’s research.

She persuaded colleagues to give up their time for free each month to help put together a communications campaign to help Prof Hermon-Taylor and his team secure the volunteers and raise the money they need.

Pelican Managing Director, Michael Bennett, said: “Wendy made a fantastic pitch to the team about a cause which is very close to her heart and we’re delighted to offer our support.

“We sincerely hope we can make a real difference, an encourage people to come forward and donate or volunteer.

“A range of people from across the business will get involved and help support Prof Herman-Taylor and his team.”

Wendy added: “I have had Crohn’s disease for half of my life, during this time I have had many people tell me what they think would cure my Crohns.

“However, the MAP vaccine is the only one with any scientific evidence and the one I truly believe in.”

Crohn’s Disease is a chronic, ongoing and lifelong condition that causes inflammation of the digestive system or gut.

The symptoms range from mild to severe and can change over time, too. However, the most common are:

Historically, MAP in humans has been difficult to study as it cannot be seen under an ordinary microscope and is very difficult to grow.

However, Prof Herman-Taylor’s method – testing for MAP by the presence of its DNA – has found MAP in up to 92% of Crohn’s patients.

Until Prof Herman-Taylor’s advance, no-one has developed a test to show MAP in-situ in the tissues of people with Crohn’s disease.

With the new MAP test developed, researchers are able to see MAP in intricate detail for the very first time.

Now, the test Prof Herman-Taylor’s team are now looking to carry out is an essential ‘companion diagnostic’ to the vaccine trial; a simple blood test allowing doctors to confirm MAP infection prior to vaccination and to monitor patients’ responses to the vaccine.

The completion of this final piece of the puzzle is currently under way at King’s College London, but funding and volunteers are required to complete this vital work.

It has taken the team 10 years and around £850,000, much of it donated by the families of Crohn’s patients, to reach this point.

To learn more about the vaccine, to volunteer to take part in the trials or to donate, people can visit www.crohnsmapvaccine.com