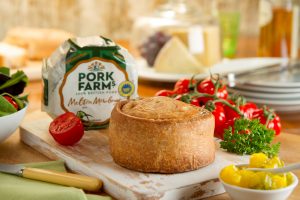 The UK’s favourite pork pie makers have been announced as a winner of a food Oscar, at the Great Taste Awards.

Pork Farms went through an intensive judging process to receive an award in the traditional pork pie category for their Medium Melton Mowbray Pie.

The Great Taste Awards are organised by the Guild of Fine Food and acknowledged as the premier awards for fine food and drink, described as the Oscars of the food world.

This year the awards saw more than 12,300 products judged by over 500 of the most demanding palates, belonging to food critics, chefs, cooks, restaurateurs and producers, as well as a whole host of food writers and journalists.

Great Taste 2017 reached its exciting finale in London, where the world of fine food gathered at the Intercontinental Park Lane Hotel to hear the results.

Michael Holton, brand marketing manager of Pork Farms said: “To win a Great Taste Award is a huge endorsement of the Pork Farms brand. The Great Taste Awards are one of the most coveted in the industry, judged by some of the leading experts and food writers in the country. To win an award for our Melton Mowbray pie is a huge coup and a real testament to the efforts we go to create pork pies that are affordable but made to the highest standards of quality and flavour.”

Pork Farms is the UK’s best selling pork pie brand in the UK and dominates the pork pie market with a 40% market share of the branded market.*

The Great Taste Awards is the second credit the Melton Mowbray pie has received this year, also receiving bronze in the British Pie Awards.