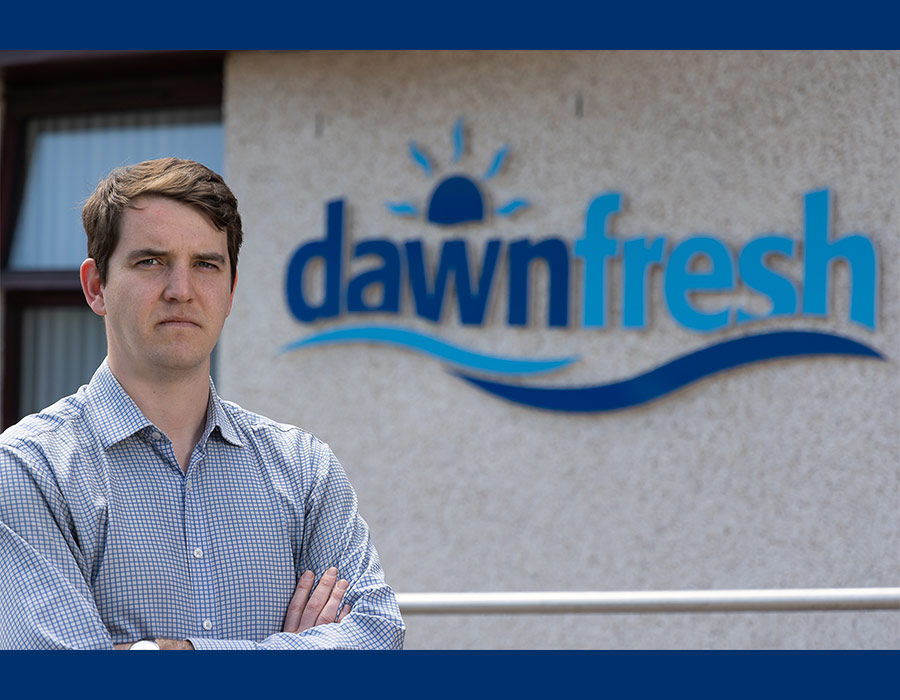 Dawnfresh Seafoods, one of the UK’s largest producers of fish and seafood, has announced investment of £5m to expand its site in Arbroath, securing the future of over 300 food production jobs in Scotland.

The company has commenced a minimum 45-day consultation with staff at its Uddingston site near Glasgow today, as Dawnfresh incentivise their production teams to move to the expanded site in Arbroath, with the Uddingston site planned to close in mid-2022.

Dawnfresh currently has 230 permanent production staff in Uddingston and 180 in Arbroath.  There will be 150 new permanent production staff in Angus under these plans, available for permanent or agency staff in Uddingston to apply for.  Any reduction in overall headcount is likely to result from people choosing not to apply for a new role and a slimmed down management structure.  No current jobs in Arbroath are at risk under the plans.

A Scottish-owned family company that produces 10,000 tonnes of seafood a year for food service and retail both within the UK and internationally, Dawnfresh manages a number of farming sites across Scotland and currently has two specialised production facilities in Arbroath and Uddingston which handle over 350 fresh, frozen, marinated, smoked and other seafood lines.

As a result of the investment in Arbroath, Dawnfresh is aiming to grow the tonnage of seafood it processes by 30% over the next five years and increase the 350 different product lines it currently delivers.

Raleigh Salvesen, Managing Director, Dawnfresh Seafoods, said: “Scottish seafood has a fantastic reputation around the world. As one of the few remaining major family-owned Scottish seafood companies, we want to protect and build on that legacy and continue to deliver seafood products of the highest standard to our customers across the globe.”

Raleigh Salvesen continued: “For the remainder of this year and until the move next year, our operations at Uddingston will very much continue as normal.  The plan to expand facilities at Arbroath will provide a platform for future growth and help Dawnfresh to adapt to a changing and highly competitive business sector. This move is critical if we are to meet our objective of keeping seafood production jobs in Scotland.”

“It will be sad to close our factory in Uddingston but we are incentivising our team to join us on this journey and hope many of our experienced and skilled staff join us in Arbroath.”

The history of seafood production in Arbroath is well-known, with skills and experience passed down the

generations for over 300 years. Dawnfresh subsidiary R.R Spink has been part of the local community in Arbroath since 1715.

Garry Price, Supply Chain Director at Dawnfresh, said: “Our staff are our most valuable resource, and we are encouraging as many of our skilled food production team as possible to make this journey with us next year. We are encouraging all of our production staff, including our temporary agency staff, to apply for one of the positions in Angus.”

To support employees to make the move, Dawnfresh is offering a relocation allowance, access to local area support from Angus Council, and protection of current pay & conditions.

For those who do not wish to make the move, Dawnfresh is engaging with employees, unions, skills agencies and North and South Lanarkshire Councils to help people find new jobs in the area. The company is also seeking to work with government and other agencies to find an alternative use of the current site in Uddingston to retain employment in the area.

Dawnfresh aims to have the new site fully operational in the middle of next year, allowing the company to continue to deliver seafood for UK and international customers.