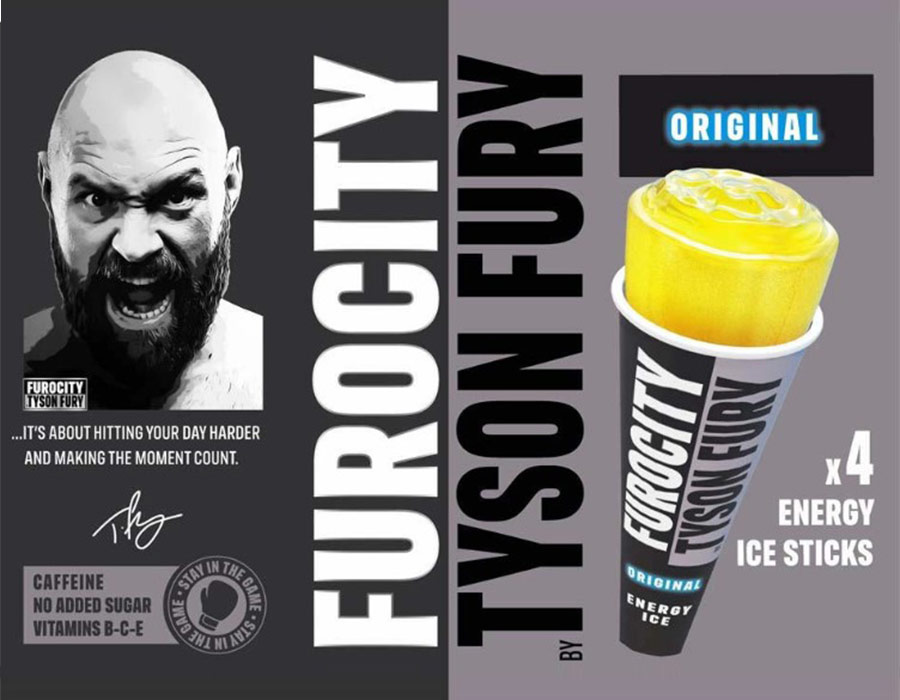 Ready to hit summer as hard as the world heavyweight champion? Now you can with Furocity by Tyson Fury Energy Ice Sticks, available at Iceland and The Food Warehouse.

Perfect for an energizing treat in the summer sun, the Furocity by Tyson Fury Energy Ice Sticks are ideal for a post-bbq pick me up fit for The Gypsy King himself. The icy flavours pack a punch full of flavour, contain no added sugar and are available now. Customers can get Original, Sour Cherry Kick, Apple Punch and Blue Raspberry, for just £3.00 for four.

Earlier this year Fury issued a direct challenge to the energy drink industry’s big hitters, branding them ‘a bunch of dossers’ as he launched his own brand-new range, and now, he’s extended that challenge to the ice lolly industry.

Customers still chasing that energy drink hit, can do so with the Furocity Energy Drinks, including Original, Black & Blue Raspberry, Sour Cherry Knockout and Sour Apple Punch. Just £1.50 each, with sugar free variants coming soon, each flavour is available to buy now as a single can and will be available as multipacks soon.

After being released earlier this year, shoppers are already raving about them with one product review saying1; “Fantastic, best energy drink ever! Great before going to the gym or before an intense workout. I love the Original flavour as it’s not as overwhelming as other popular energy drinks. 10/10!”

Tyson Fury said: “In February, I launched my range of energy drinks and unlike my opponents, Furocity packs a real punch. With summer on the way, I wanted an ice lolly that’d give to give you the boost you need to be at your best, hit your day and make every moment count. All the other ice lolly brands out there are a bunch of dossers.

“I’ve already proved I can dominate both the boxing ring and the energy drinks market so watch out other ice lolly brands, I’m coming for you. Just like in my boxing career, I’m here to win.”

The sticks are being sold at Iceland and The Food Warehouse. All are below the Government’s sugar tax threshold and are HFSS compliant.

Customers can shop the range online and in store at Iceland and The Food Warehouse.

Products in the new range include: