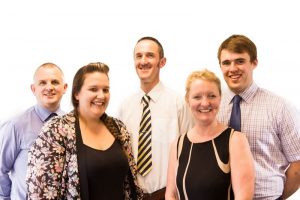 Redditch based children’s charity the Oakland Foundation will be holding their inaugural Charity Ball on Friday 8th September at the National Motorcycle Museum, Birmingham.

Joined by special guest speaker Kriss Akabusi MBE, The Oakland Foundation’s Charity Ball aims to further promote the work of the charity to the local and business communities and to raise much needed funds to help reduce child poverty within Redditch and Bromsgrove and the surrounding areas. Figures published by End Child Poverty in November 2016 show that over 22% of children in Redditch and over 15% of children in Bromsgrove are living in poverty.

Oakland Foundation Trustee, Hayley Smith, commented: “The Foundation was officially launched in 2013 by Her Royal Highness the Princess Royal, and to date has helped and supported a diverse number of educational and youth projects based around health, nutrition, education and sport.”

Added Hayley: “The Charity Ball is a fantastic opportunity to celebrate and to encourage more businesses to get involved and support local children.”

Single Tickets are priced at £95 or £850 for a table of ten. Enquiries and to book please call: 07964 001705 or email: enquiries@oakland-foundation.com. All proceeds from the event will go directly to the Oakland Foundation.