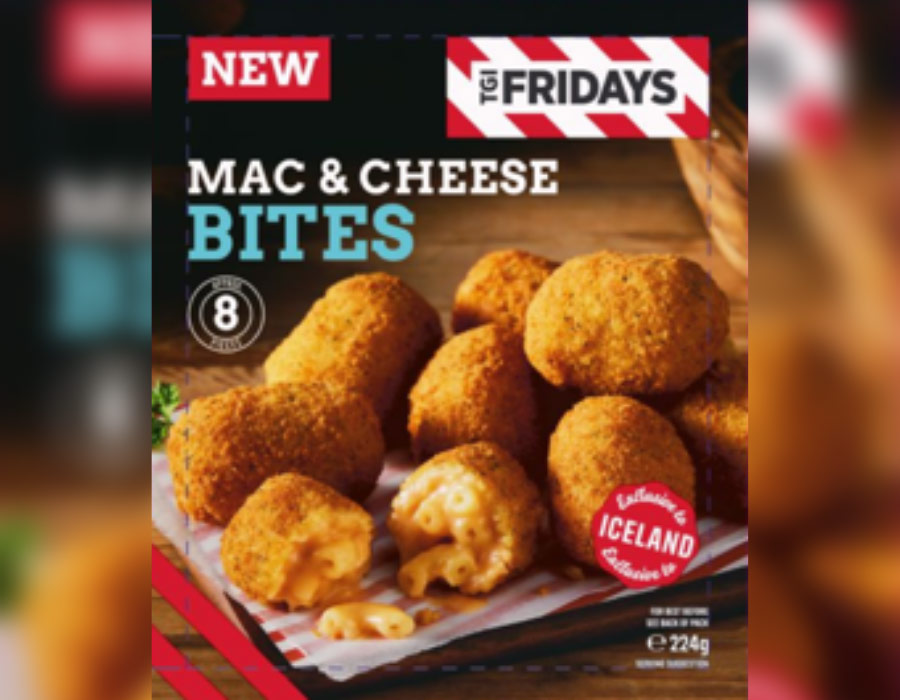 It’s no secret that everything tastes better when coated in golden brown breadcrumbs and the iconic mac & cheese is no exception. Available exclusively at Iceland, the TGI Fridays Mac & Cheese Bites (£2.00, 224g) are sure to be a hit with cheese lovers across the UK.

Complete with a light crispy breading, these bites are the perfect addition to a family feast – or simply to enjoy on their own with a few dips. Whatever way shoppers choose to enjoy them, they’re sure to light up every plate.

Social media has already been abuzz with the news of the launch, with many eager shoppers expressing their excitement to get their hands on a box of the TGI Fridays Mac & Cheese Bites (£2.00, 224g).

Shoppers are able to get their hands on a box in-store and online now for just £2.

The TGI Fridays Mac & Cheese Bites (£2.00, 224g) join an incredible range at Iceland, with other delicious products including:

SURVEYS - WE KNOW IT'S A LOT

LIEBHERR - A LEADING NAME IN THE COMMERCIAL REFRIGERATION MARKET