by The Craft Guild Of Chefs 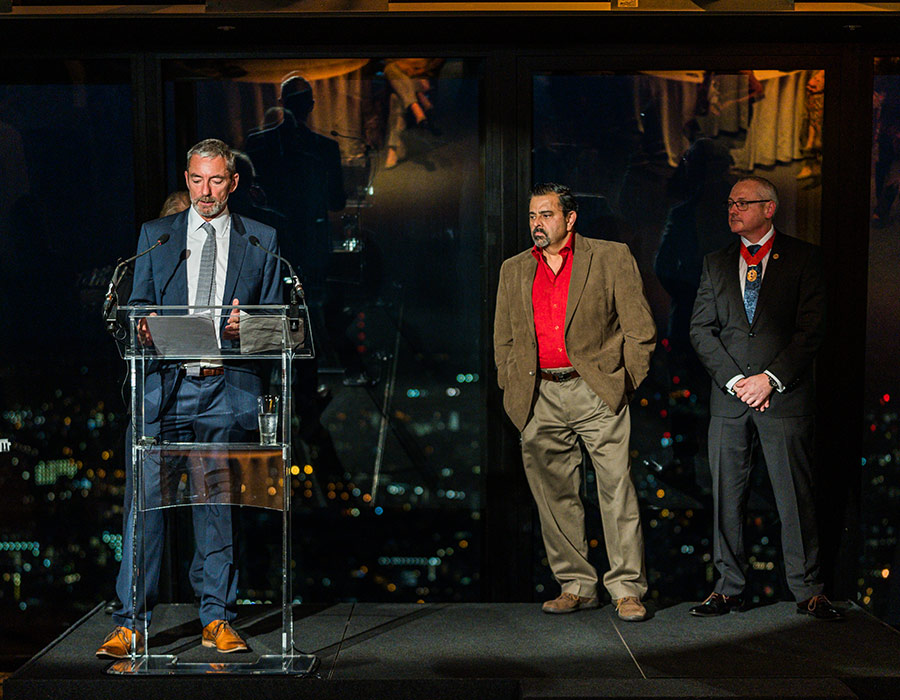 At a special one-off celebration, the Craft Guild of Chefs will “Recognise the Culinary Heroes” who have gone above and beyond during the pandemic. Forty-four chefs nominated by their peers and colleagues, and selected by a panel of judges, were guests at an exclusive reception and ceremony on Thursday night (23rd September) at the renowned Landing Forty Two at The Leadenhall Building in London.

The Craft Guild of Chefs chose specifically to rename their annual awards for this year, to recognise the work of chefs across the country who have worked tirelessly to put people and their community first. They asked people to nominate chefs who volunteered or refocused their business to support the public or essential workers, or worked with charities and food banks to feed key workers or the vulnerable, those who spearheaded fundraising efforts, and chefs who supported colleagues in overcoming mental health and wellbeing issues.

David Mulcahy, VP Craft Guild of Chefs and co-director of the event, said: “The last year has brought unprecedented challenges and adversity for the entire country. Yet we have seen heroes across the country from all walks of life who exemplify everything that is great and caring about our society, and we’re delighted to honour the chefs among them.”

His fellow co-director of the awards, Steve Munkley VP Craft Guild of Chefs added: “We are increasingly aware of great self-sacrifice and community spirit our chefs have demonstrated. Landing Forty Two is the UK’s highest events space, with stunning views across the Thames and London skyline from 500ft above the City. I can think of no better place to celebrate the heights these chefs have reached in service to the community.”