50 Years of Strength through Co-operation 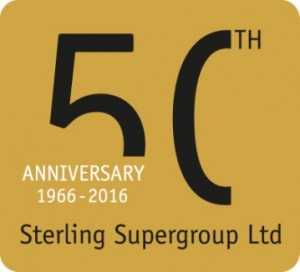 In 1966, the independent grocery trade accounted for 70 – 75% of the U.K.’s retail food business and there were literally hundreds of independent wholesalers all over the U.K. servicing these operators.
Nick Luton founded the group in early 1966 while he was a marketing executive for ATV (a former independent television franchise).

During the course of his job meeting prospective advertisers Nick Luton visited Parr’s Cash and Carry in Brierley Hill, Eddie Parr remarked to Nick Luton that it would be good to enjoy the same prices and promotions from manufacturers enjoyed by the largest wholesaler in the U.K. Both Nick and Eddie were aware of independent retail consortia, so it was decided to launch a similar operation for wholesalers so they formed their own group initially called ICCG – Independent Cash & Carry Group.

Nick continued working for ATV and a year later recruited Anne Tomlinson who was working as a features writer in Fleet Street to edit the magazine he was producing for ATV, soon thereafter the work they were doing for ICCG led to them leaving ATV and setting up office initially in ATV House, Marble Arch London. Eventually moving out to Chelmsford, Essex and in 1996 the members agreed to purchase the Wantz Road property in Maldon, Essex where the Group is still based.

In the early days, ICCG offered a promotions & marketing led service to its members, whose numbers had grown to 10 in the first year. Own label came on the scene early – in 1968 – starting with coffee. ICCG set a precedent for groups in the C&C trade, which was then in its infancy. The idea caught on and soon it was attracting larger members, but over the decades as the sector developed, with nationals buying many of the independent wholesalers, the group’s buying power reduced. The remaining members started to diversify into food service.

At one of the first meetings of the newly elected Board it was agreed that the name ICCG should be replaced by Sterling Supergroup Ltd to reflect the diversity of the Group.

The past 25 years has seen the group almost completely transform under the guidance of Anne Tomlinson from a Cash & Carry Group into a Foodservice Buying Group now with 40 Foodservice led Wholesale Members, sadly none of the original 6 C & C Wholesalers are amongst the current membership. 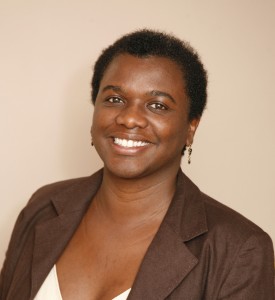 Anne Tomlinson upon completing 40 years of service to the membership retired at the end of 2007, the role passing on to current Chief Executive Vanessa Cooper in 2008.

2016 marks 50 years since the inception of the buying group which now has a turnover of just over £385 million. There are 40 members operating 57 depots with around 550 vehicles. Between the membership over 1780 people are employed. The group still has a private label – Sterling Caterers Essentials – which has been in existence since 2009 consisting of well over 300 catering lines and an annual turnover of over £22 million.

Sterling plans to make something of a splash to mark the 50th Anniversary during 2016, with a series of events:

Golf Day and Spring Exhibition in March 2016
Golden Anniversary Dinner for members at the Houses of Parliament in April 2016
3 day Conference and Exhibition at Cameron House, Loch Lomond in September 2016
Additionally the group will attend several industry events.

During the course of the year the members have agreed to work together to raise £50,000 (£1,000 for each year that the group has traded) to donate to charity. All of the head office team are going to do the “Tough Mudder” in May 2016 in order to help members hit the target.