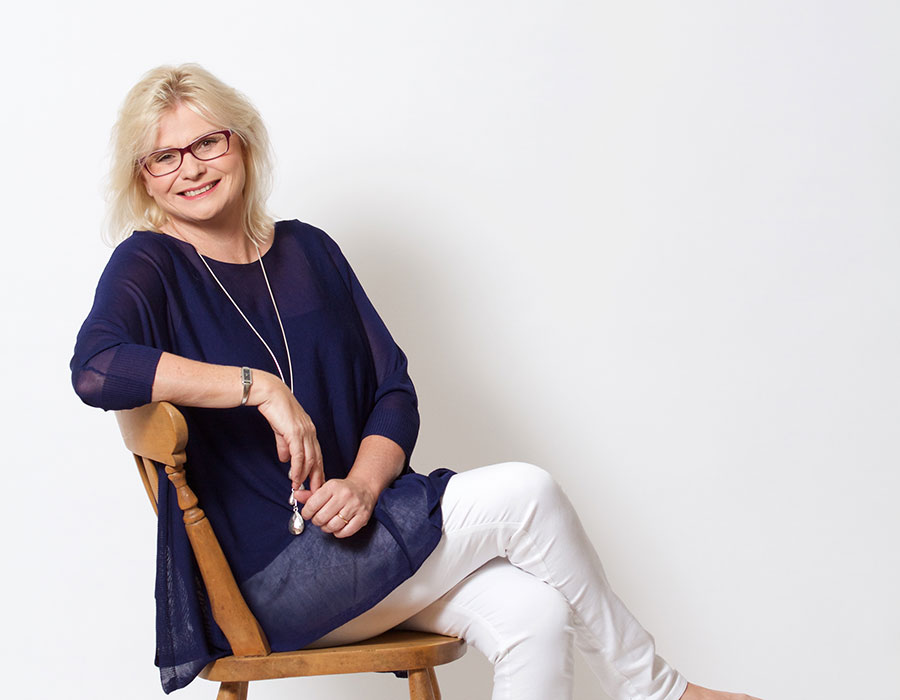 In 2016, Jane Devonshire stepped into the Masterchef kitchen and viewers were immediately won over by the bubbly mum-of-four. Four years after winning the coveted trophy, Jane talks to Emma Scott about the release of her second cookbook and how frozen can help fill the gluten-free gap in the market.

Most applicants for the long-running BBC Masterchef series are looking to escape the daily 9-to-5 grind by turning their love of cooking into a career as a chef. For Jane Devonshire, a stay-at-home mum, her motivation wasn’t her job, but her family.

Explaining how she came to be on the show, she says: “Ben had been pestering me for a couple of years to enter and on a whim we filled in the form together.”

Ben is the youngest of Jane’s four children. Aged two, Ben was diagnosed with coeliac disease, which forever changed the whole family’s relationship with food. Coeliac disease a condition where the immune system attacks the body’s own tissues when gluten is eaten. This damages the small intestine, making sufferers unable to take in nutrients.

It affects at least one in every 100 people in the UK, but some experts think this number may be underestimated as milder cases can go undiagnosed or be misdiagnosed. Untreated, coeliac disease can lead to impaired weight gain and growth problems, plus a range of other health problems.

Looking back Jane remembers: “Ben was very ill from being a tiny baby. It was a very stressful time as doctors kept putting my complaints down to the stress of having four children. It was only after we moved to a new area and my new doctor listened that he was diagnosed.”

The diagnosis initially gave Jane a sense of relief; Ben’s condition was not only treatable, Jane could use her passion for cooking to help her son. Faced with the challenge of feeding her toddler a completely gluten-free diet, she set to work researching his condition and experimenting in the kitchen to create meals he would like.

Having always seen food as a ‘wonderful sharing event with family and friends’, it quickly became apparent how isolating it was for someone, especially a child, to follow a different diet to everyone else.

She says: “It’s heartbreaking when classmates get a biscuit or a treat at school bake sales, or when your child is excluded because they can’t have pizza or go to McDonalds. So, I made a very strict rule that we would all eat the same at home.”

The new rule didn’t always go down well with her other three children, but it was a necessity:

“When something makes one person so sick you have no choice but to adapt, and we did. If we had pizza, I made gluten-free bases for everyone. Of course, I was a stay-at-home mum and I could spend a lot of time cooking and making recipes up. It was not as challenging for me as it is for many and for that I am hugely grateful.”

However, for much of this time Jane was facing a health battle of her own. Aged 41 she was diagnosed with breast cancer and would spend the next decade fighting the illness. Throughout, she continued to cook for her family, but it became imperative that meals were fuss-free as well as gluten-free.

She said: “I was ill for a long while and being able to cook something that was quick to put together for the family was really important to me.”

Today, Jane has been in remission for seven years, but the easy-to-follow recipes she’s developed over the years were the inspiration behind her first major project after winning Masterchef.

Hassle Free, Gluten Free: Over 100 Delicious, Gluten-free Family Recipes was published in 2018. It’s designed not only to help time-poor families catering for a coeliac relative, but de-mystify gluten-free cooking generally.

Jane said: “I am so aware that in many families both parents are working and don’t have time to spend hours in the kitchen every night. Like any cuisine, gluten-free is fabulous and fun once you master a few tricks.”

But Jane also recognizes the important role frozen can play in providing high-quality, nutritious, gluten-free meals that are accessible to all.

When recalling the struggle to find gluten-free options for her son after his diagnosis, she said: “Originally there really wasn’t a lot of choice and a lot of it was substandard. I remember feeding the bread to the chickens and even they wouldn’t eat it. Pasta was horrible, often falling apart and smelt quite revolting. I’m very grateful there are more off-the-shelf and frozen options available now than there used to be, but there are huge gaps to be filled.

“While I use a lot of frozen vegetables, fruit and fish, I think frozen could offer so much more to the gluten-free community; good, affordable family meals everyone can eat. Ben has things like fish fingers and pizzas for quick meals but other than that it’s quite limited in the frozen aisle for a gluten-free consumer. The lack of choice is frustrating. Like many parents I want the odd night off and to be able to throw something in the oven. High-quality food that tastes good and can be eaten by everyone shouldn’t really be a luxury in today’s market.”

Despite a limited gluten-free offering, Jane believes the perception of the sector overall has improved over the years, and that the pandemic has given consumers a new appreciation of frozen: “With limited access to shops the ability to raid your freezer and turn out a really good meal has been invaluable.”

Nevertheless, her own experience as a gluten-free shopper means Jane now has her sights set on her own range of frozen ready meals.

“I’d be delighted to talk to manufacturers and retailers who might be interested in working with me to create a Hassle Free Gluten Free food range. It’s my absolute passion to make gluten-free accessible and affordable to all and frozen ticks all the boxes.”

In the meantime, winning Masterchef has given Jane a platform from which to raise awareness of coeliac disease and help other families to cope with it. She is closely involved with Coeliac UK as an official ambassador working with the gluten free community, and her second gluten-free cookbook – Vegetarian Hassle Free Gluten Free – will be published in December.

She also travels the country presenting at food festivals and free-from events where she is often approached by parents who ask about catering for a child with coeliac disease: “I get lot of questions about cost and how prohibitively expensive the gluten-free diet is for families. A lot are about baking of course. Mainly people want to know what they can cook for the whole family that’s inclusive and flavoursome.”

As if this didn’t keep her busy enough, she continues work in her own kitchen, trying out new, gluten-free recipes on her family.

It’s impossible to speak to a winner of Masterchef without asking about their favourite food. Despite the range of culinary skills she picked up on the show, Jane’s answer is true to her signature home-cooked style: “A big family spread, be it a BBQ, Sunday roast or veggie feast. Anything we can all share together.”