Yorkshire-based cold storage and transport business The Reed Boardall Group Limited has put in another sound financial performance with revenues rising to just under £66m in the year to 31 March 2015, an increase of 3% from the previous year’s total sales of just over £64m.

The Boroughbridge-based company, which serves leading retailers and food manufacturers throughout the UK, attributes its steady performance, despite a very competitive market, to an increase in volumes compared with the previous year. With a large portion of the group’s turnover and profit dependent on the volume of stock in store, it reported a positive trend with average store utilisation for the year reaching 89% compared to 86% during 2014.

Reed Boardall also saw an increase in profit before exceptional items from £2.6m in 2014 to £3.2m in 2015, largely due to improvements in controlling some direct costs. However, the group’s transport activities continued to be challenging with competition making it difficult for the group to recover the increases in cost incurred this year. 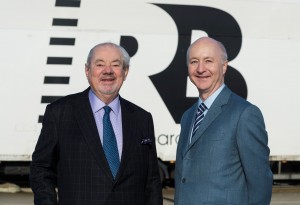 “2015 was another year of consolidation for us, building on our sound financial track record and making further inroads into eradicating unnecessary costs,” comments Marcus Boardall, deputy chief executive of The Reed Boardall Group. “With more than 20 years serving the British food industry, we have a proven formula for success and our strong performance continues to validate our business model based on a single facility from which we are able to serve all of our customers’ needs efficiently. We firmly believe that this strategy allows us to excel in customer satisfaction and service quality and sets us apart from our competitors in a market which is increasingly dynamic and competitive.”

Sarah Roberts, finance director, adds: “We have established a highly efficient operation, perfecting the art of meeting orders by combining different products from various suppliers, both big and small, and passing on these cost savings to our customers. We are even able to provide a cost-effective next day delivery, ensuring that our customers’ products are where they need to be, when they need to be there. Over the last year, we have been able to further streamline the business, controlling costs more stringently and ensuring optimal usage of our 142,000 pallet cold storage facility.”

Reed Boardall is one of the largest temperature controlled food distribution businesses in the UK, storing and delivering frozen food from manufacturers across Britain, Europe and further afield to all the UK’s best-known supermarkets. Operating 24/7, its 180-strong fleet of vehicles moves an average of 12,000 pallets a day and it stores around £100m worth of products on behalf of its customers. It is based at a single site in Boroughbridge, Yorkshire, which is the largest of its kind in Europe and the company employs over 750 staff.