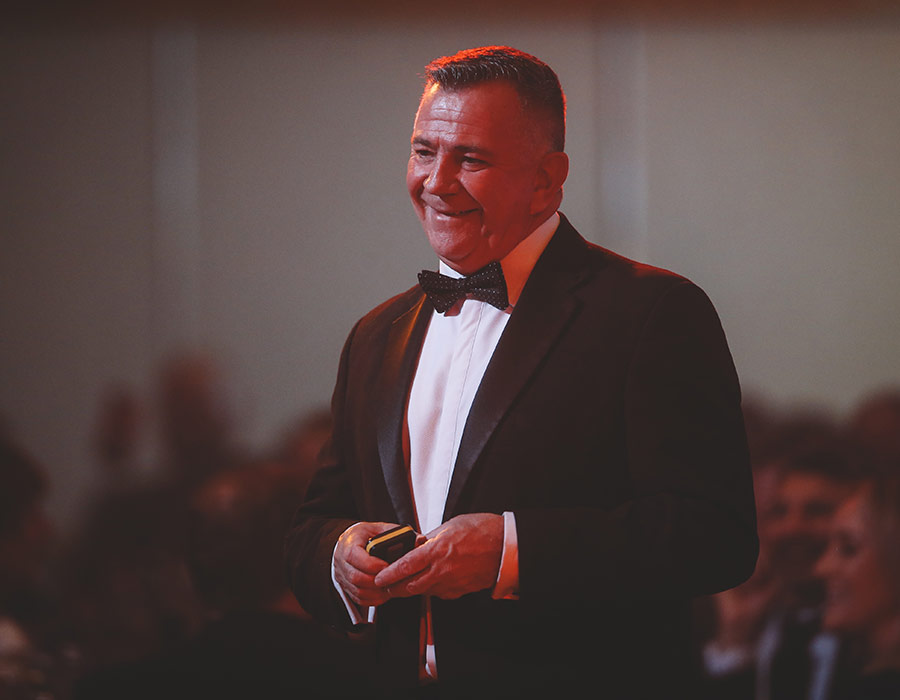 It is with great sadness that we learned that Andrew Roberts, Commercial Director of Bidfood, passed away over the Easter weekend.

Andrew was a great supporter of the BFFF and served as a non-executive director on the board for 5 years.  When I joined the Federation, Andrew kindly invited me down to the Bidfood offices where he spent time with me, helping me understand the Out of Home market.

His enthusiasm and passion for the industry was always evident. He also knew how to have fun and I can still see him with his team at the People Awards in 2020 – revelling in the evening and enjoying every moment.

Whilst it is a well-worn phrase, Andrew really was larger than life.  It was a pleasure to have known him and I am personally saddened by his passing.

The whole team at the Federation who all knew Andrew join me in sending our deepest sympathies to his colleagues and family.

“It is with deepest regret that we announce the incredibly sad and untimely passing of our colleague and dear friend, Andrew Roberts, who passed away of natural causes over the Easter weekend.

Fiercely loyal, incredibly kind and immensely supportive are just some of the many ways those who knew and loved Andrew described him.

Andrew committed nearly 30 years to the UK foodservice industry, having joined Booker Cash & Carry in 1994 where he assumed the role of Buying Controller before being seconded to Booker Foodservice to head up the buying team.

In 1999 when Booker Foodservice was sold to Bidvest (renamed 3663 First for Foodservice shortly after), Andrew was brought on board to start building from scratch a buying department. Alongside the directorate at the time, Andrew built and developed the commercial arm of the business to become the incredibly successful team it is today and so it wasn’t a surprise that he was promoted to Director of Buying within just a few years of joining 3663.

He continued to impress over the years, winning several accolades, most notably the Chairman’s award across the entire Bidvest Group in 2009. In 2015 Andrew progressed to the role of Commercial Director overseeing the Buying, Campaign and Activation, Studio and Events functions, and in 2018 was appointed to Bidfood’s Senior Leadership Team, where he remained until the present day.

His passion and determination radiated through his work and his teams. He revolutionised the way we now work with our suppliers, which every year is validated by the Advantage Group Survey drawn from supplier feedback. The survey consistently positions Bidfood as a leading and trusted wholesaler, with fantastic feedback across the board on how we communicate, value and work in partnership with our supplier partners. Andrew was instrumental in this.

He was a larger than life character, well-loved and respected across the industry and amongst his peers. He will forever be famous for his compelling presentations and captivating storytelling which made the events he was involved in so enjoyable, inspiring and memorable!

Andrew leaves a huge hole in our Bidfood family and we will all miss him dearly. Gone too soon, he will never be forgotten. Rest in peace, Andrew.”