WHAT NEW GOVERNMENT RESTRICTIONS WILL MEAN TO THE FOODSERVICE INDUSTRY 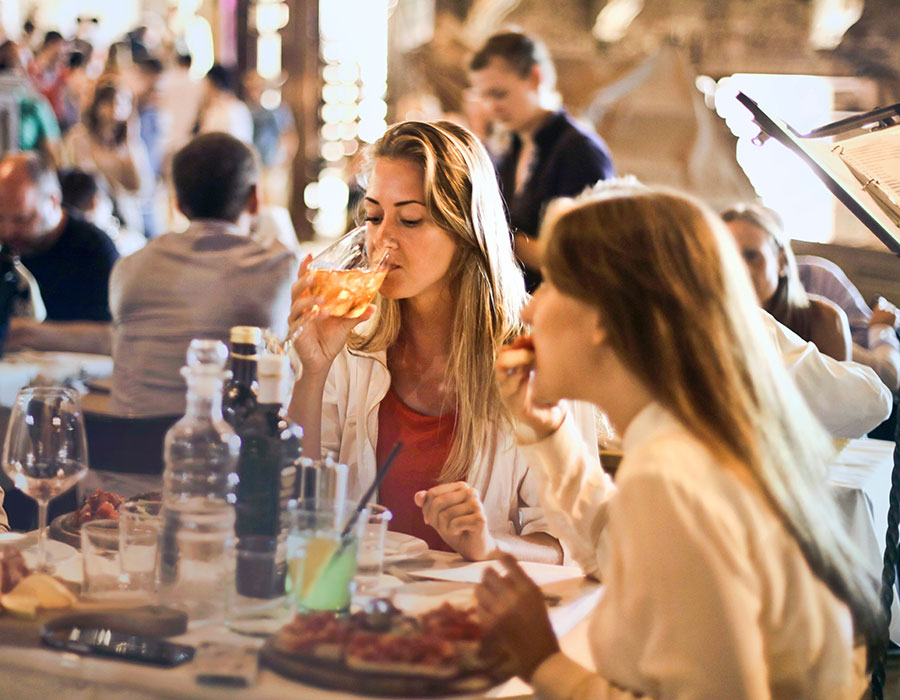 When conducting the research and analysis for my report on ‘The Immediate Future for Foodservice’ in May, the key question was one of – will hospitality venues have to implement 2m social distancing or 1m?

In my forecasts I ignored this key question, which might seem odd, but actually was because the question was irrelevant, as the combination of consumer demand and safe spaces was more important than the actual measured distance. In the end the Government went with guidance of 1m+ which enabled hospitality operators to create the right sort of spaces, with screens, back-to-back seating etc. But the reality of meeting consumer expectations is the real challenge. If restaurants and pubs didn’t create safe spaces, then consumers wouldn’t want to use them or would have a poor experience and wouldn’t return.

As we came out of lockdown and the industry started to re-open, we saw the results of these safe spaces; those operators who did the right thing and created a comfortable, safe, but welcoming environment performed well. The pub group Oakman Inns has just reported a c.40% increase in like-for-like sales between July and September, as they were highly vocal and visible with their safety measures and provided consumers with confidence that they were not only safe in an Oakman Inn, but would be looked after incredibly well.

Eat Out to Help Out created a fantastic awareness with the UK public that the hospitality industry needed help, and could deliver brilliant, safe experiences, at exceptional value; whilst some of the momentum has fallen away as economic impacts start to bite across the country, the industry did benefit significantly from this government support along with great weather and the number of consumers staying in this country for their holidays.

My forecasts for the second half year for 2020 took into account that there would be spikes in the rates of virus transmission, and the likelihood for some sort of rolling lockdowns, although I did not forecast (nor do I believe now) that there will be a second national lockdown as in March. My forecasts for 2021 also account for Q1 being a really tough time for the industry as the winter keeps consumers indoors, as the virus transmission is at its worst during the winter, and as economic reality kicks in with the rise in unemployment numbers.

So, the actions of the Government over the coming weeks ought to be expected as they will need to control the rate of transmission of the virus and will clamp down on socialising, especially within hospitality venues. Whilst there is a current furore over the facts that cases of infection are coming from household transmission rather than in eating and drinking outlets – and that the NHS tracing app has only issued 1 alert to a hospitality venue since launching – we will see further restrictions on the hospitality sector.

The sector has to hope that whatever restrictions are implemented by the Government, that they will be short-lived and that a return to normal trading can happen by December; I forecast that the Government will want to lift some restrictions in December, although there will be concerns about students returning home, spreading the virus and creating another spike. There is a scenario that says that the majority of students will have been exposed to the virus over the next 4-6 weeks and that cohort will be relatively clear by mid-December.

The reality for the industry is that many operators are facing severe challenges, and that there will be c.22% of outlets, across the total breadth of the market, that will not be open at the end of the year, compared with the same numbers at the end of 2019. Revenues are going to be impacted, with trade significantly lower throughout Q4 (October to December). My forecasts are that the industry will have lost £22bn in revenues during 2HY 2020, dropping to £27bn from £49bn in 2019.

Foodservice suppliers need to have reacted already to the pandemic effects but must think strategically about the first 6 months of 2021. Next year is set for a period of recovery, and suppliers need to be in a position to support operators; this is going to be challenging, as all suppliers will have been impacted, and possibly financially hurt by operators withholding payments etc, however there will be opportunities for those suppliers who can adapt, pivot or flex their models, and there will be winners emerging from this mess………