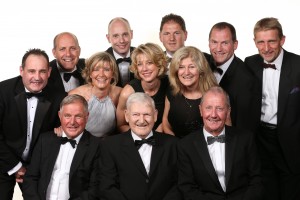 The Macron Stadium came to life in June, with 625 Yearsley Group employees and their guests arriving to celebrate 60 years in business. The black tie gala dinner brought together staff from all 12 depots throughout the UK. 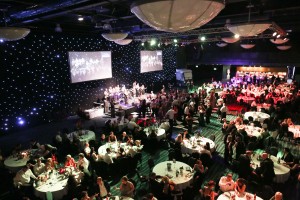 After 18 months of planning, the sounds checks were done, drinks chilled, food prepared and performers were ready to go. Coaches were despatched to usher guests to the venue which had been decorated with large striking blue and red floral centre pieces and diamond encrusted candles.

‘We wanted to bring the full spectrum of our staff together to celebrate this immense accomplishment. Our employees are the reason we have lasted 60 years and have evolved into the largest frozen provider in the UK and this was our way of saying thank you,’ said Harry Yearsley, managing director. 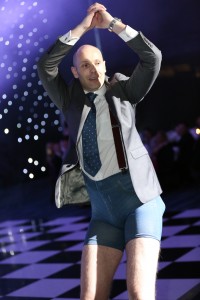 As the guests sat down for a four course a la carte meal, the electric string quartet ‘Stringmania,’ who have played everywhere from Glastonbury to the Royal Albert Hall, and performed with Sir Paul McCartney, provided the wow factor when they burst into their high impact showpiece. Then our very own logistics director, Tim Moran, who bears a striking resemblance to Dave from the money supermarket advertisements, surprised the room with his heels, hot pants, false bum cheeks and enviable legs to give his rendition of the dance. Then Yearsley Group’s version of the ever popular Frozen tune “Let it Go” was played on the big screens. As if the party goers were not worn out enough ‘Rollacoaster’ played the night away with tunes old and new, keeping the dance floor full until the evening was over.

Yearsley Group also have a year long campaign to raise £60,000 for 60 years, to be spilt between 4 national charities, Parkinson’s UK, British Heart Foundation, Cancer Research and Help for Heroes and 12 local charities chosen by employee. Harry Yearsley commented, ‘With just over 6 months to go we are on target at £30,000 raised and have many more events planned throughout the year, including tough mudder and the Yorkshire 3 Peaks.’

To make a donation click the following link http://bit.ly/1L1o7Hx